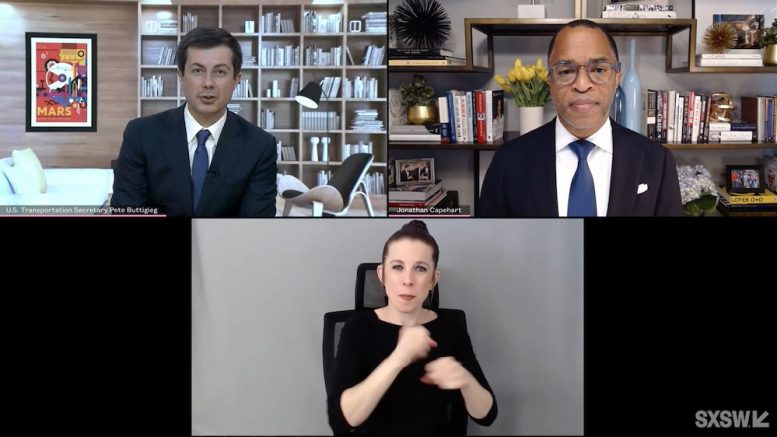 Secretary of Transportation Pete Buttigieg has ambitious plans. When he talks about his goals for the Department of Transportation, he eschews incremental change and points to a massive infrastructure overhaul on the scale of the interstate highway system, transcontinental railroad, and the Erie Canal. 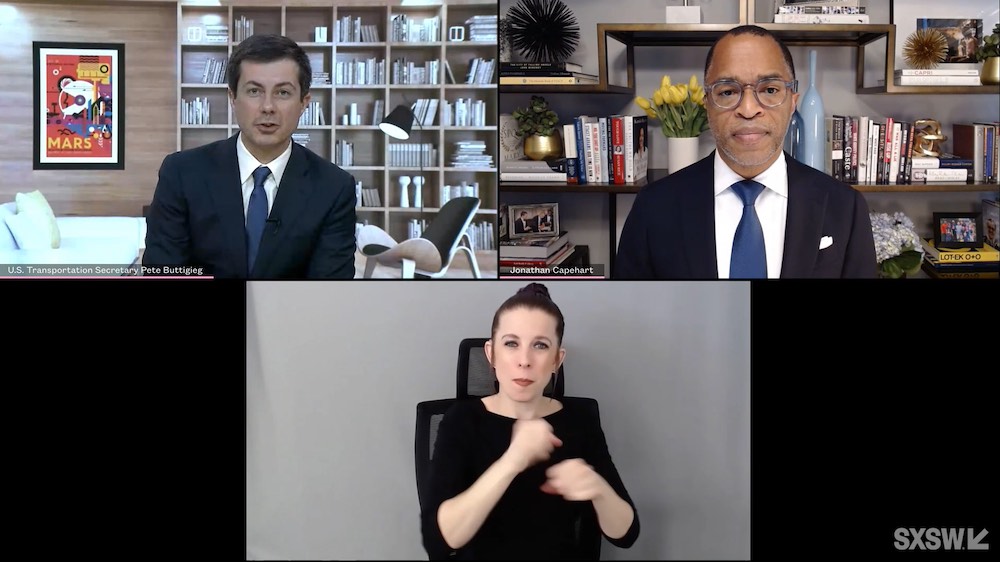 Buttigieg discussed his plans for his new role in a SXSW keynote address on Thursday, moderated by MSNBC’s Jonathan Capehart. Buttigieg was confirmed in his role as secretary in early February and used the SXSW platform to dive into how the Department of Transportation can be at the forefront of fighting climate change.

For the U.S. to become carbon neutral by 2050, the transportation secretary discussed three critical steps: dramatic expansion of electric vehicles, a grid powered by clean energy, and a change in attitude. These advancements will need to work in concert. “Remember, if your car’s electric and your electricity comes from coal, then it’s not a clean car, even though it’s not burning gas in the engine,” he said. As for the attitude adjustment, he added, the U.S. needs to reframe its discussion of climate change as a point of pride, rather than a laundry list of natural disasters destined to doom to the country.

Buttigieg broached massive scale projects, such as high speed rail. He said that high speed rail should be an option for Texans looking to commute between the state’s most populous regions in the same way that trains work in Japan, Italy, and China. These types of projects have the potential to provide long-term and short-term jobs throughout the country, he added.

The department will also make a concerted effort to address inequities ingrained in the country’s transportation system, Buttigieg said. In the 1950s, transportation policy makers sought out predominantly Black and brown neighborhoods as the path of least resistance to build out the interstate highway system, he said.

“But it was more than that. It wasn’t just incidental that often highways tore up minoritized groups neighborhoods, communities,” he explained. “There are all kinds of things that are physically built into our transportation system that exclude.” Buttigieg added that the department needs to look inward, as it is primarily made up of white men.

Some of these changes will not be immediately supported by many Americans, Buttigieg said. But he remains optimistic that the American public will eventually support a transportation transformation, if the department takes the right approach.

“If we can come at our choices in transportation policy, all the way down to the most practical seeming thing, with that kind of empathy guiding us, I think that our policies will be a lot better.”