Museum of the Weird 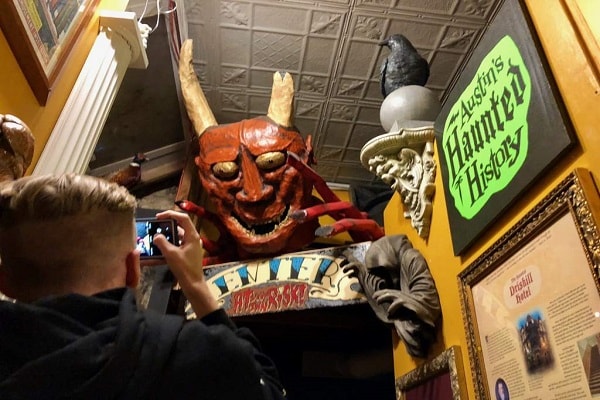 Established in 2005, Lucky Lizard Curios and Gifts began life as a humble brick-and-mortar shop in the heart of the Sixth Street entertainment district in downtown Austin. Mom-n’-pop owners Steve and Veronica Busti got the inspiration to name the shop from Steve’s beloved pet lizards, which were initially housed in a giant terrarium in the back of the shop. Simone the Iguana and Torgo the Nile Monitor soon became the store’s star attractions. In fact, people would come in just to see the lizards! Soon after opening, Steve decided to convert an unused section in the back of the shop as a showcase for some of his more, shall we say, “unusual” items. Shrunken heads. Fiji Mermaids. Suits of armor. And all were for sale. But it was getting harder and harder for Steve to find those kinds of items. After parting with many rare, one-of-a-kind — and in some ways priceless — artifacts, Steve realized he was never going to get those things back. So, he made the decision not to sell the oddities anymore, and instead keep them, so he could continue sharing them with the public — but mainly so he can still get a kick out of seeing customers’ reactions to them! And thus, the collection began.