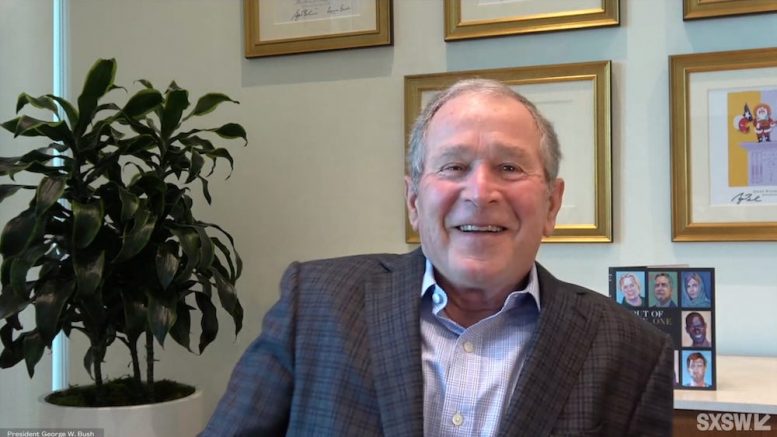 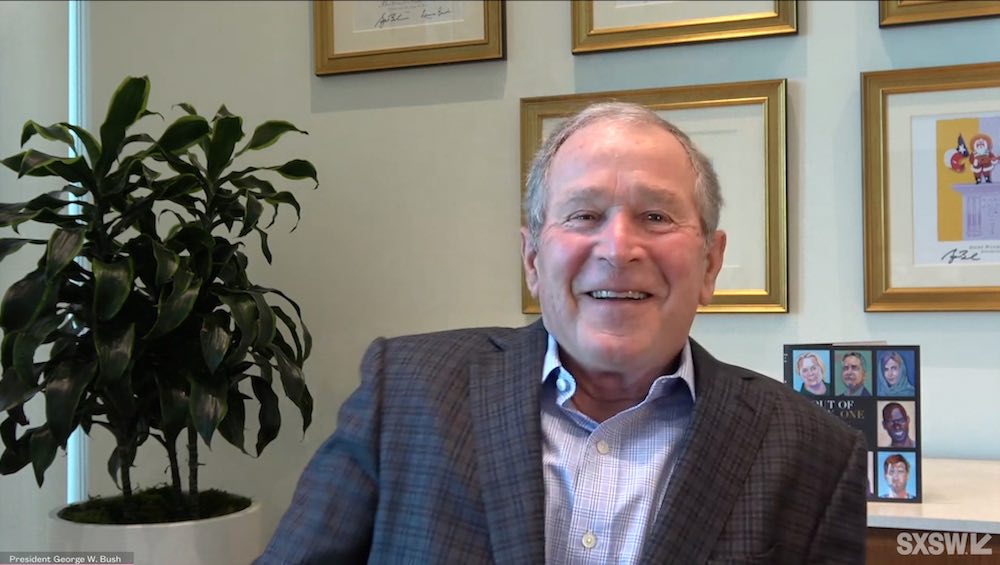 Former President George W. Bush walked the tightrope on immigration and election fraud during a SXSW featured session on Thursday. He condemned the Jan. 6 attack but expressed optimism about the state of American democracy. He also said that the country should embrace immigrants, while advocating for more border security.

Texas Tribune CEO Evan Smith interviewed the 43rd president in a pre-recorded interview, primarily discussing Bush’s upcoming book Out of Many, One: Portraits of America’s Immigrants, which includes oil painting portraits by Bush and vignettes about the lives of 43 immigrants. From former California Governor Arnold Schwarzenegger to the Bush family’s housekeeper, Paola Rendon-Hart, the book highlights the many ways that immigrants positively impact the country, Bush said.

When asked about the timing of the book, Bush said that it shouldn’t be interpreted as a rebuke of the Trump administration’s immigration policies. “One of the problems is immigration has become overly politicized. It’s really a rebuke of Congress’ inability to come together to get something done on immigration,” he said. Standing by many of the tenets of his failed attempt at immigration reform in 2006, Bush added that border security will require investment in the border wall, electronics, and manpower, but also that expanding work visas would help with security. 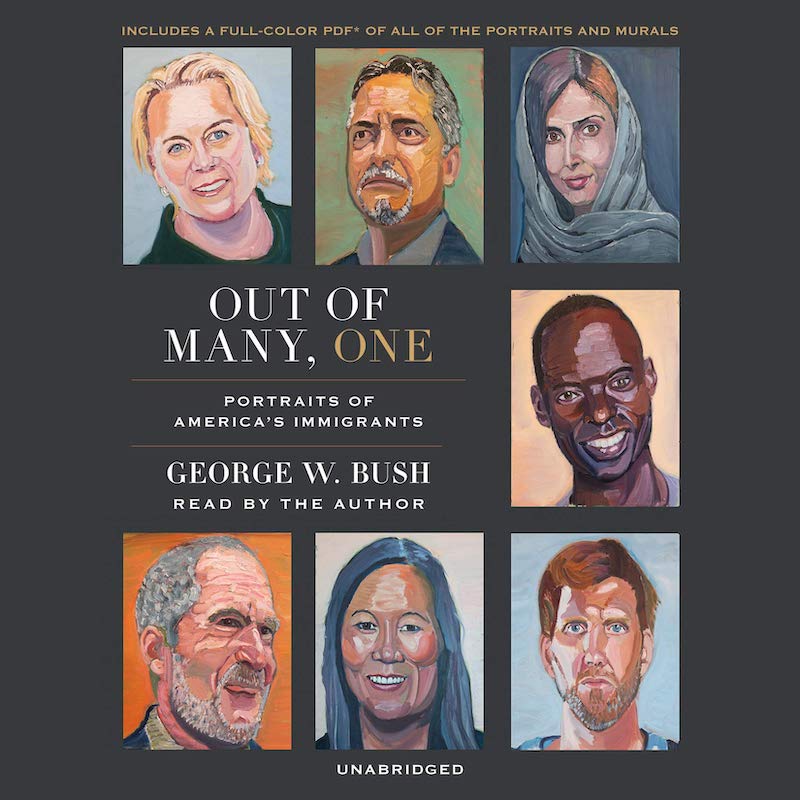 Bush gave a shout-out to Austinite Gilbert Tuhabonye, founder of the local training group for runners Gilbert’s Gazelles and one of the profiles featured in Bush’s book. The life and work of Tuhabonye, who immigrated from Burundi, is an example of how immigrants have a positive impact, Bush said. “Gilbert is an inspiration,” he added.

Smith also asked the former president for his perspective on the 2020 election and claims of voter fraud. “All elections have some kind of improprieties. I think the results of this election were confirmed when Joe Biden got inaugurated as president,” Bush said. He added that he did not think the election was stolen and that he was “disgusted” by the Jan. 6 attack on the U.S. Capitol.

Nevertheless, he pointed to turnout in the 2016, 2018, and 2020 elections as proof of the “vibrancy of democracy.” Misinformation on the internet poses a challenge to the country, he said, but “democracy of checks and balances work. It’s a balanced system, and the courts work.” He also expressed confidence that the level of anger surrounding politics will eventually dissipate.

But Bush – a former co-owner of the Texas Rangers – saved his strongest opinion for the conversation’s end. Major League Baseball introduced a new rule in the 2020 season to have a runner start on second base in extra innings. Bush’s thoughts? It has to go.