Like most longtime Austinites, queer workout guru Erica Nix has a lot of thoughts on the city’s future. She’s expressed those thoughts through performance art as well as recent feature-length film Erica’s First Holy Sh!t – but that’s not enough anymore. Now, Nix is taking her first neon leg-warmer clad step down the mayoral campaign trail.

Nix is the first to admit she’s still learning a lot about the civic process, and she hasn’t yet filed her official campaign documents. But that quest to understand what’s going on in Bat City is actually what inspired her campaign. Having moved to Austin in 1999, she says the most massive changes have come fairly recently, especially to the local business hub of South Congress. Her major concerns revolve around creative people and stores being priced out for more upscale homogenized retailers. If elected mayor, she wants to figure out ways to prevent more queerdo weirdos from having to flee due to lack of funds. “I love Austin so much,” she says, “and I don’t want to leave. [But] I’m feeling, as an artist and creative person, the pressure financially to maybe have to make that hard choice.”

Running for mayor is Nix’s way of fighting back against that fate. Not only does she, as her campaign slogan says, “need a job” but she also wants the queer and trans community to be provided for in a way current politicians haven’t materialized. An issue she brings up that would factor into her mayoral ambitions would be getting an LGBTQ community resource center in Austin. Having lost her first attempt at making this type of space when Nix’s Transform Fitness closed in 2019, her goal is to make a place for everyone. “History shows time and time again, when you stand up for marginalized people, you’re standing up for everyone,” she says. “If I can come out there and try to speak on like the queer community, creative people, and the BIPOC or trans community, hopefully, I just think that will help everyone.” Reluctantly, she adds this advocacy will also help rich people, but she’s willing to let that slide for the greater good. 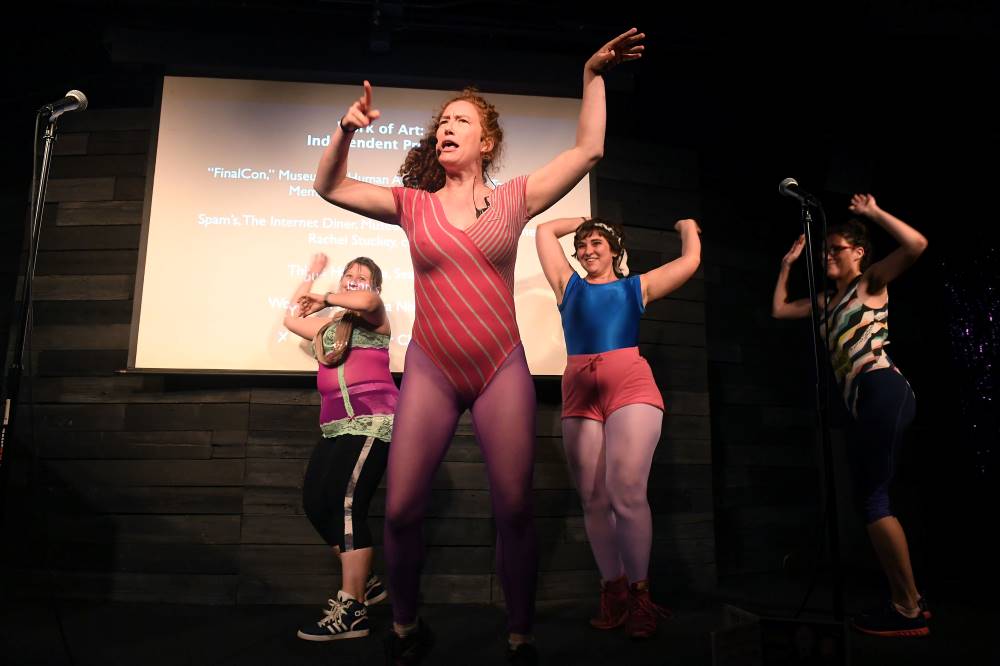 Overall, Nix has a lot of reasons for heading down the campaign trail: Austin icon Leslie Cochran’s 2003 mayoral run (“Those are the most exciting mayoral debates I ever saw in Austin.”); a dislike of Kirk Watson (“Kirk is literally my least favorite season of the mayor. I mean, seriously, Kirk reminds me of why The Bachelor became boring.”); protecting marginalized communities (Two ways Nix wants to improve Austin is declaring homophobic and transphobic violence as an official hate crime as well as decriminalizing sex work); and fighting for local businesses such as those on South Congress. Only a day after our initial interview, Austin was hit by the sad news of SoCo staple Lucy in Disguise shutting its doors at the end of this year. Nix texted me that afternoon, livid that another creative space was gone – though the reasons why aren’t currently known.

“When I first moved here,” Nix says over email in the wake of the Lucy news, “people were always bringing up Liberty Lunch as this huge music and cultural venue loss. For my generation of Austinites the list is growing so fast, we hardly recognize our city.” On one hand, she says, she might have to stay in a constant state of grieving for the culture being lost when local businesses shutter, but these experiences also fuel her mayoral ambitions even more. In becoming mayor, Nix says she’d refuse to give big businesses tax breaks and incentives for moving to Austin since, after all, everyone already wants to come here. Even in her passionate campaign promises, though, Nix is heartbroken.

“I don’t know how to talk like a politician,” she admits. “It’s hard for me to stay on the issue I care about most because what I really care about is the city of Austin as a whole.” Having given up relationships to stay in ATX, Nix says that the current moment makes her wonder if she made the right choice. Maybe, someday, she’ll have to stick a Pride flag in some other city. But for now, Erica Nix wants to keep pushing her gay agenda for the city she loves: “I’m still fighting to keep Austin Weird and Queer and Creative!”