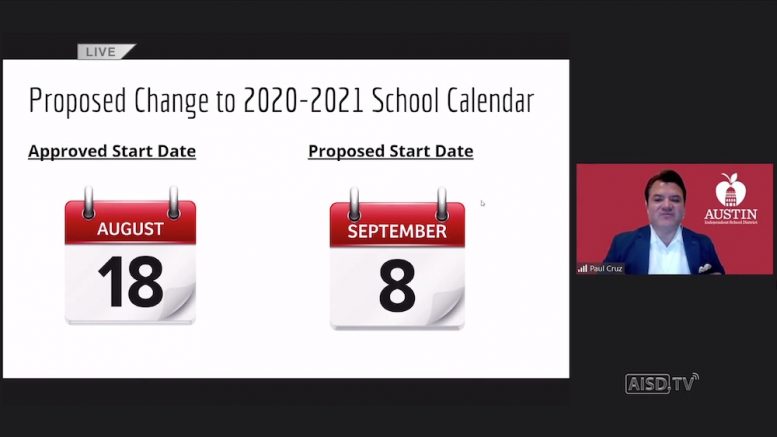 
First eight weeks of classes could be mostly remote 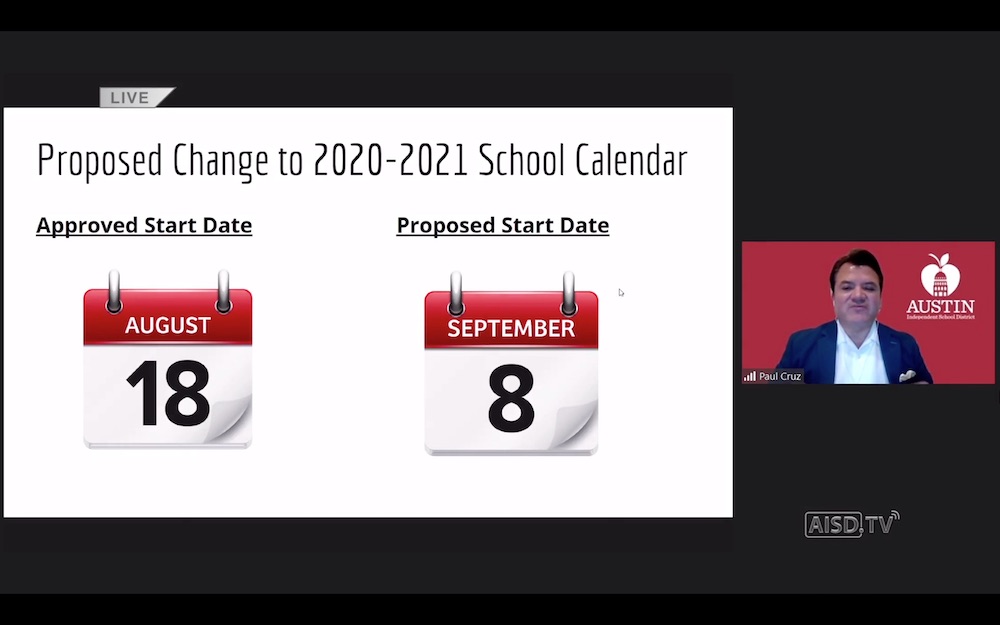 Austin Independent School District’s Board of Trustees has voted to delay the first day of school until September 8 amid COVID-19 concerns.

In a Thursday night meeting that stretched well into the early hours of this morning, the board unanimously approved to push back the school year by three weeks from its original start date of August 18. With the new approved academic calendar, students will learn exclusively through remote instruction for the first four weeks of classes (Sept. 8 through Oct. 2), though students without access to technology may request on-campus instruction during this time. In order to meet state requirements for yearly instructional time, the new calendar adds 11 minutes to the school day with the school year now ending on June 3.

The board also cited more time to deliver laptops and set up more wi-fi hotspots to help more students learn from home, as well as high COVID-19 numbers in Travis County, as some reasons behind the delayed start. 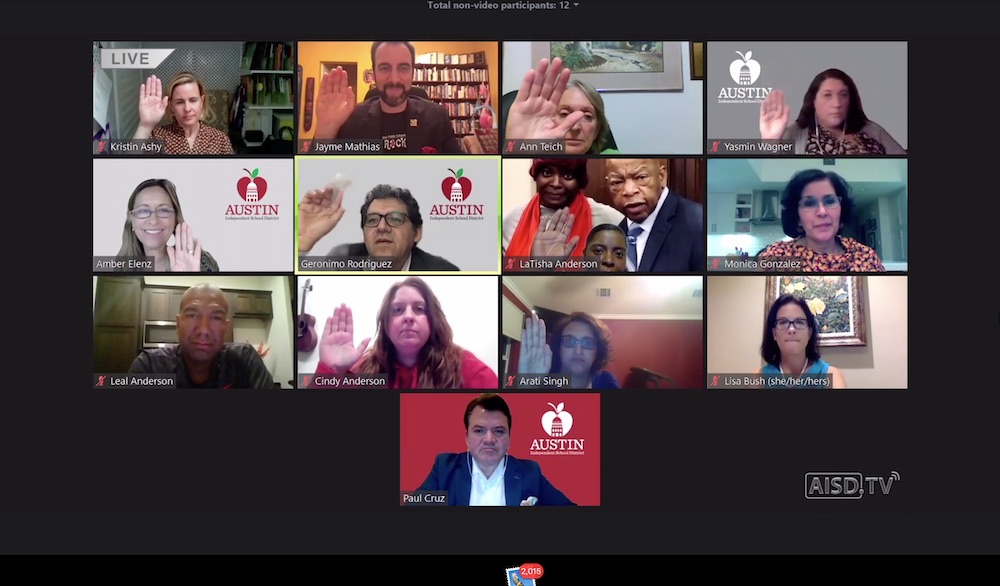 Trustees also unanimously voted to seek a waiver from the Texas Education Agency for an additional four weeks of remote learning after the first four weeks of the school year.

This comes a week after Texas Attorney General Ken Paxton issued a legal opinion saying local health authorities could not preemptively close schools because of the pandemic, which Governor Greg Abbott later affirmed. Austin Public Health had previously issued orders instructing all schools to delay in-person classes until after September 7 in an effort to prevent the spread of the novel coronavirus. Citing Paxton’s opinion, the TEA then updated its guidance to say districts that closed classrooms solely because of local health orders would not receive funding. However, the TEA did say districts could conduct remote learning for the first four weeks of the school year, but after that, they must offer some form of in-person instruction. If districts wish to extend remote learning beyond the first four weeks, they must seek a waiver from the TEA or they will risk losing state funding.

Earlier in the week Education Austin called for the school year to be delayed until September 8. The union representing AISD employees also demanded the district provide professional development to teachers and staff to better support them in learning online technologies. In Thursday’s meeting, the board said the delayed start will now allow more time for teachers to prepare for online learning.

District officials at Thursday’s meeting also confirmed hourly support staff such as bus drivers and cafeteria workers would be compensated as originally scheduled starting August 18 despite the delayed school year.

For more on how educators are approaching school during a pandemic, see the Chronicle’s Back to School issue, on stands now.