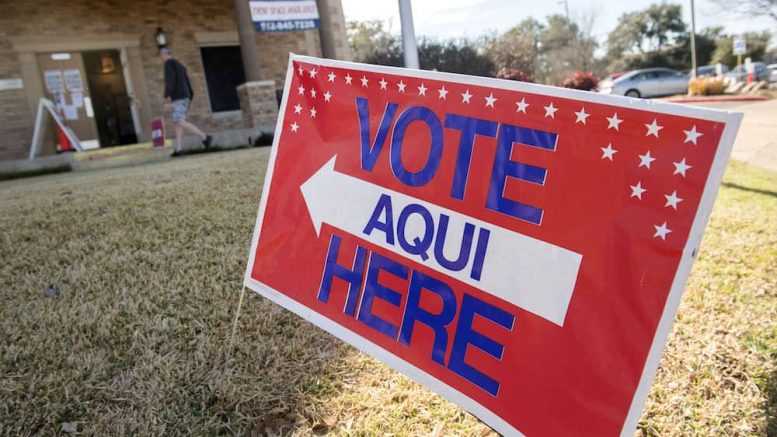 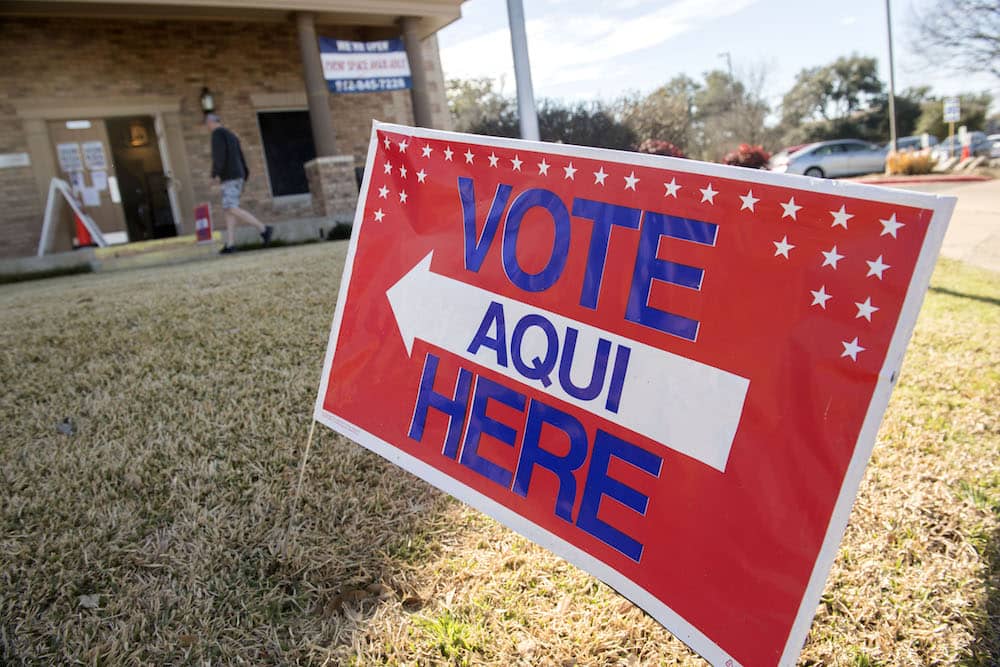 We’re shutting down the liveblog for the night – and on a cliffhanger, no less, with Travis County Commissioners Court Pct. 4 incumbent Margaret Gómez nudging just past her challenger Susanna Ledesma-Woody in the latest batch of returns. You can track the election results as they’re posted on the Travis County Clerk’s website. Look for the Chronicle’s official post-election analysis in this week’s issue, on stands and online Thursday.

The Travis County Clerk’s Office has just posted its third run of Election Day results, and it’s moved the needle on the tightest race of the evening:

with 90% of the vote counted in HD19, Justin Berry, one of the 19 Austin Police officers charged with aggravated assault two weeks ago, appears set to join the esteemed ranks of Texas Republicans to campaign for office while under felony indictment. pic.twitter.com/su6ZMJdcgA 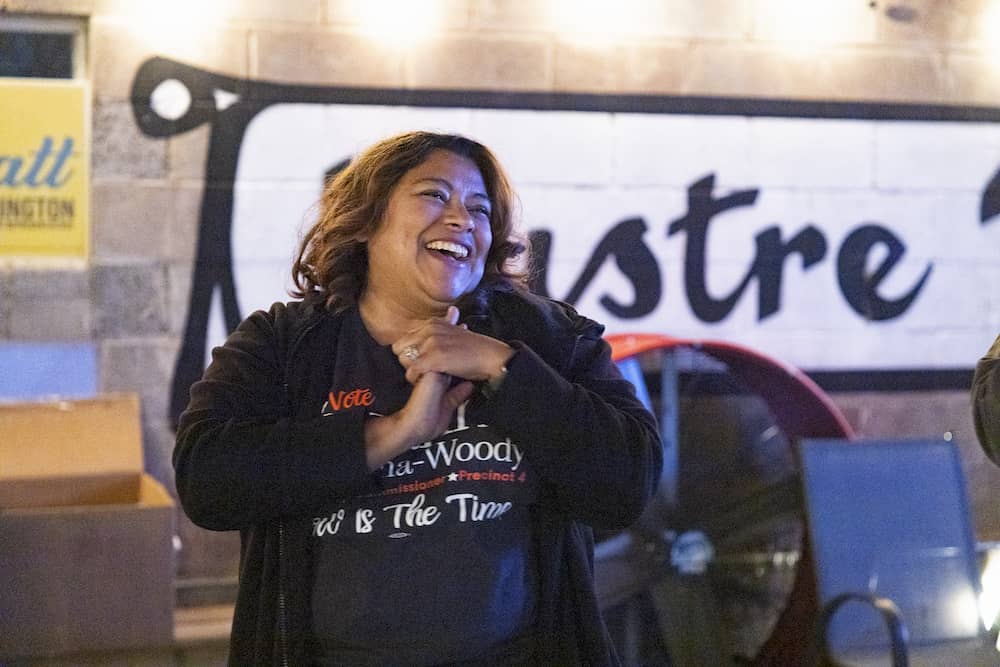 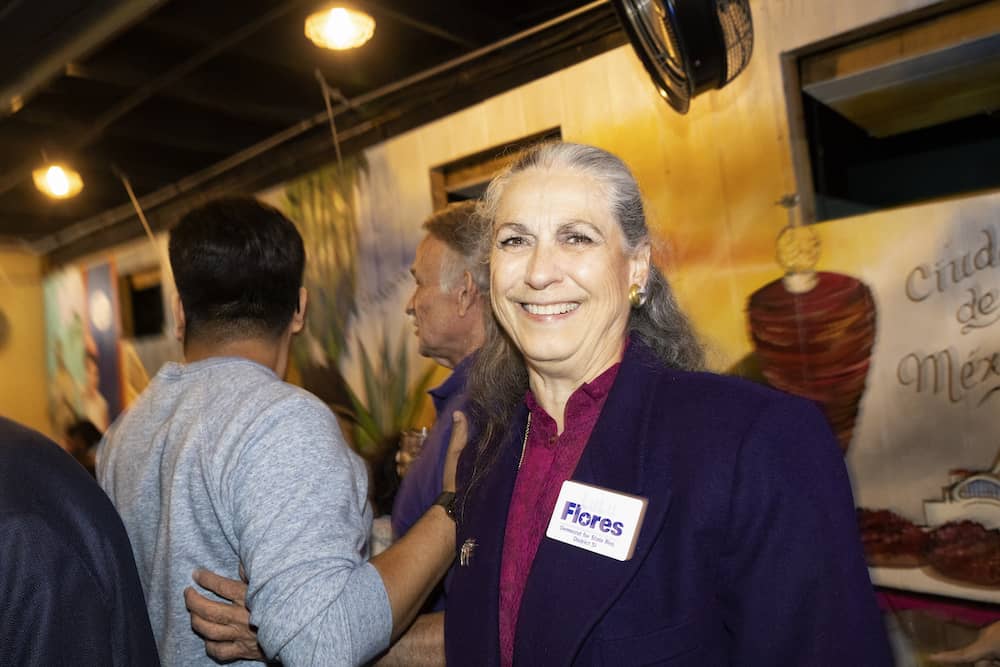 Lulu Flores bested a field of seven to secure the Dem nomination for House District 41. (photo by Jana Birchum) 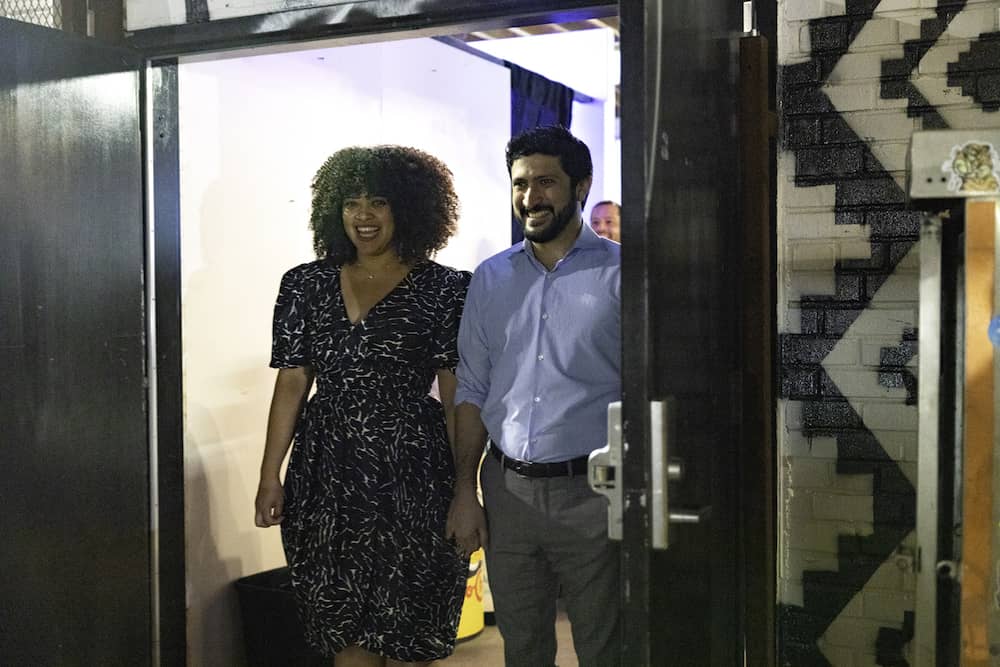 What a loving vibe at Santa Rita cantina tonight! The minute the early voting numbers came in Laurie Eiserloh, Catherine Mauzy, and Nick Chu knew they had won their primaries. So, lots of congratulating. pic.twitter.com/3fbqnbAVXl

Flores declaring victory over six opponents in the HD51 primary. If her lead holds through the rest of Election Day posts, she’ll succeed Eddie Rodriguez, who stepped down to run for Congress and, well, we’ve seen how that went. https://t.co/ePL8BV1sEo

Limon-Mercado lost a weird political insiders election against Andy Brown to replace Sarah Eckhardt as Travis County Judge, but she crushed tonight with actual voters in her bid to replace Dana DeBeauvoir as the county’s next Clerk so that’s gotta be satisfying. https://t.co/Bnm522WaFp pic.twitter.com/7GTdXl7z96

More votes to come, but it seems in Travis County that Shea will hold onto Pct 2, Ledesma-Woody’s prospects are tenuous but good for Pct 4, and Limon-Mercado is the next DeBeauvoir

lol the casar campaign already sent out a fundraising email for the november general election — a race he’d win even if he peaced out until Nov. 8 pic.twitter.com/V1z1F2Ki8N 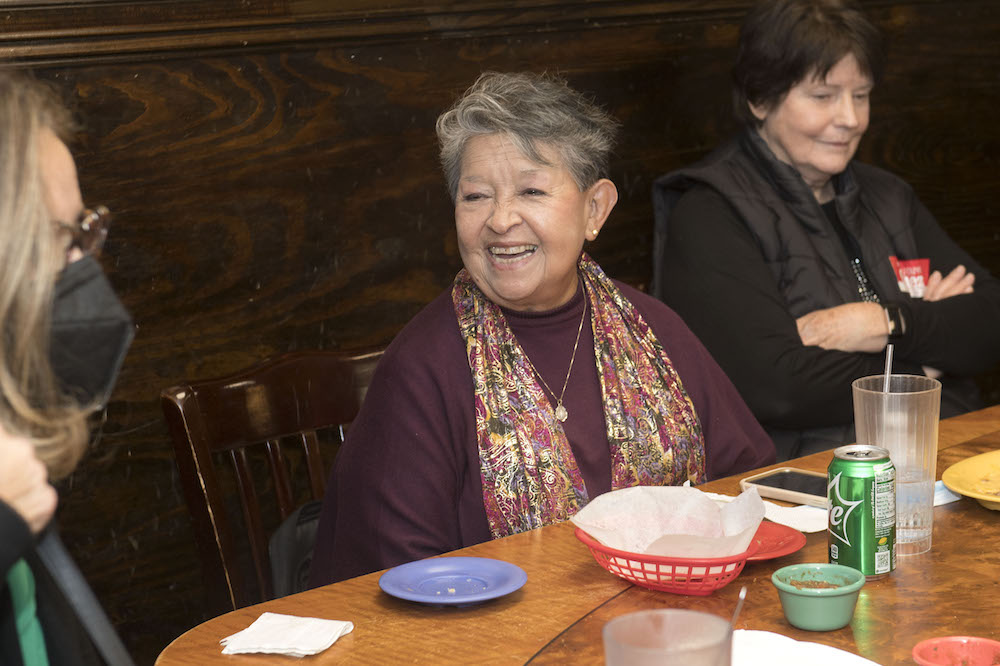 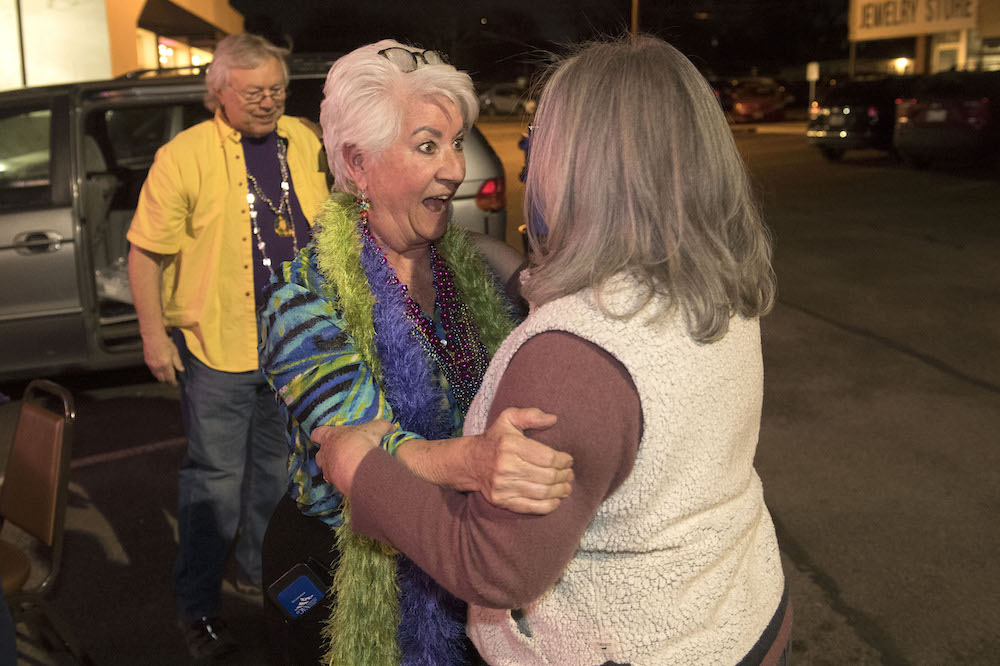 you know it’s tough for voters to keep up with these judicial races when the county democrats censure one of the candidates and declare she isn’t a Democrat…but still gets 22% of the vote in the democratic primary pic.twitter.com/cKVfwyFfBg

Despite establishment GOP waging a hard campaign against him, @MillerForTexas looking pretty safe for Ag Commissioner. Winner will face off against Susan Hays, who is almost certainly the Dem nominee with more than 80% of the vote pic.twitter.com/ZELySAdMdV

Reporter Lina Fisher reports the mood is “cheery” at the election night party for Susanna Ledesma-Woody, who’s in a close race to unseat Travis County Commissioner Margaret Gómez in Precinct 4.

Susanna Ledesma-Woody addressing supporters at Lustre Pearl East: “We don’t have a lot of money but it’s the volunteers who saw things needed to change… I appreciate you all”

Visual of County Commissioner @margaretgomez4 (representing Precinct 4 since 1995) a hair behind @Susanna4PCT4 so far pic.twitter.com/VI77r8eE88

Can’t begin to explain how shocking it would be if Sandragrace Martinez, a Bexar Co therapist, scored highest % of votes in GLO race. Kleberg is a vetted conservationist and Suh an experienced organizer. Both toured the state. Martinez hasn’t waged much of a campaign to speak of https://t.co/1TjH8nn0Io

Morgan O’Hanlon checks in on the State Board of Education races, including one involving former Travis County GOP Chair Robert Morrow, currently trailing Mark Loewe for the Republican primary in the SBOE District 5 race.

.@voterebecca has a huge lead in Travis county with more than 75% of early votes. Assuming no surprises with election day turnout, Bell-Metereau (the incumbent) could be on her way to re-securing the seat on the SBOE. GOP doesn’t have much of a shot in the safely Dem district

After finding an alternate route around the elections division’s crashed web site, Travis County got its early vote totals out, and they’re filled with landslides. In one race that’s not, Susanna Ledesma-Woody after EV is 160 votes (1.2%) ahead of seven-term incumbent Margaret Gomez in County Commissioner Pct. 4, so that one will bear watching. But Greg Casar, Lloyd Doggett, Lulu Flores, James Talarico, Erin Zwiener, Brigid Shea, Dyana Limon-Mercado, and all the judges endorsed by the Chronicle can take the rest of the night off. Even Travis County GOP Chair Matt Mackowiak is well positioned to hold his seat, while Justin Berry and Ellen Troxclair head to run-off.

Statewide, the runoffs we expected are in fact poised to happen: AG for both parties (Ken Paxton v. probably George P. Bush, Rochelle Garza v. Joe Jaworski); Land Commissioner for both parties, with Dawn Buckingham (R) and Jay Kleberg (D) in the lead; and a sleeper for Railroad Commission as incumbent Wayne Christian, who’s almost as big a clown as Sid Miller, remains under 50%; which unknown opponent will face him in May is a crapshoot. – Mike Clark-Madison

The Casar campaign is calling it right now, declaring a 40 point victory on Election Night. pic.twitter.com/HgIK9u4lCN

In Harris and Tarrant counties, @DrBuckinghamTX looks safe to avoid a runoff, per early voting. But pulling just under 50% mark in Travis and only about 34% in Bexar co. Might be a hours before Republican GLO direction is clear

Looking at some statehouse results now and, man, Lulu Flores seems in good position to do the unthinkable in HD51 — win outright against six opponents. pic.twitter.com/cTxwjZ9ckU

Readers beware: the vote share in this race, unlike in JP1, does not reflect the quality of the candidates. Voters had two great candidates to choose from in JP1, but JP5 it was really only incumbent Nick Chu. pic.twitter.com/tdeJS3llhT

.@GregAbbott_TX appears to be pretty safe in all the counties I’ve checked, with a 60+ point lead in 3 most populous counties. West+Huffines each pulling about 11% right in same counties. Not doing as well as I thought? Chad Prather — doing less well than Rick Perry 2.0

After some weirdness earlier, the Secretary of State’s site seems to be getting accurate returns from the counties now, with few surprises: Mike Collier is winning without a runoff in the Lt. Gov race, Rochelle Garza may do the same (she’s currently at 45%) for AG, Jay Kleberg will probably lead one of his two female opponents (who are basically tied) into the run-off for land commish. The SOS also shows Greg Casar (TX 35), Lulu Flores (HD 51), and Erin Zweiner (HD 45) with commanding leads. – Mike Clark-Madison 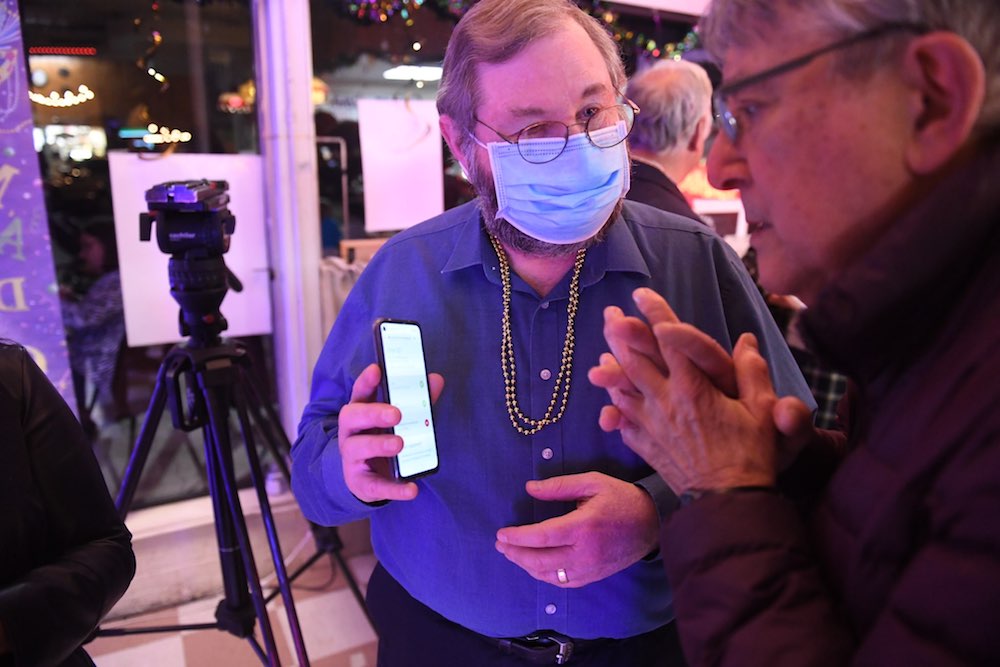 Our IT team is working on re-directing the County Clerk’s website to the Travis County website. Results will be posted shortly.

Back to TX35: Comal County early vote has posted and its Casar’s weakest performance in the district. Still the top vote getter, but is it enough to avoid a run-off? I’ve got no idea, but it is a tiny number of votes. pic.twitter.com/8xdkc7KmpX

No Travis County early voting results yet, but Bexar County has weighed in on the hotly watched race for U.S. Congressional District 35, giving Greg Casar the early lead.

EARLY VOTE RESULTS: Casar with 45% of the early vote in Bexar County. Most of the TX35 vote is in Travis County, so if he over performs there he may just squeeze out an Election Night victory. pic.twitter.com/YeXNysOIMd

In Hays County Casar has 58% of the early vote. Much stronger performance from Eddie Rodriguez, which makes sense. Bexar County is Rebecca Viagran’s home turf. Hays is closer to Austin. pic.twitter.com/Gw7qokCCPE

A few minutes ago, the Travis County Clerk’s website showed that there were still substantial lines of people waiting to vote at more than a dozen polling places. That’s probably still true, but as of this moment the entire website is knocked out of commission; we’ll let you know when that changes. No early vote totals yet…

Travis County election watching off to a great start so far lol pic.twitter.com/SMb8WvbpdN

The Travis County Clerk’s Office reported at 6pm more than 62,000 people have voted in person at 164 polling places on Election Day. Polls close at 7pm, but if you’re in line, you’ll still be able to vote. Early voting returns should be released shortly after polls closed.

This is the first election in Texas since the Legislature passed the restrictive Senate Bill 1. Among other things, the bill rolled back measures taken during the pandemic to increase voter access and introduced new rules regarding ballot-by-mail applications; the Travis County Clerk’s Office reported in mid-January that these new requirements had led to about 50% of ballot-by-mail applications being denied on technicalities.

Common Cause, a nonpartisan watchdog group, released this evening a statement from Executive Director Anthony Gutierrez calling for federal action:

“Texas was already the hardest state to vote in before Republicans passed these laws that made it even harder.

“What we’re seeing today is a small preview of what we can expect to see at a far wider scale in November unless the federal government finally takes real action to intervene.

“We saw vote by mail applications and ballots rejected at unprecedented rates, poll sites opening late or not opening at all due to election worker shortages, and widespread technology issues.

“The state was warned about the potential for these problems when these bills were being heard in committee. Though they had ample opportunity, our Secretary of State instead chose to focus on playing politics and implementation was left to local officials who received little to no guidance or communication from our state’s chief election officer.

“Texas’ democracy cannot go on much longer with such unreliable election infrastructure.

“Too many Texans, through no fault of their own, are running into problems manufactured by hyper-partisan state leadership and for many of them, the amount of time and effort required to navigate these new processes is just too much.

“These issues we’re seeing today will be far bigger problems in November when we have exponentially more people showing up to the polls.”