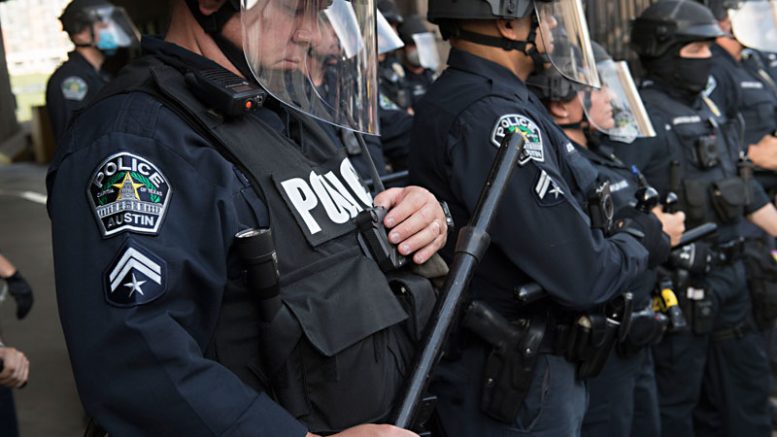 Austin City Council voted unanimously Thursday morning, in adopting the Fiscal Year 2021 city budget, to immediately cut about $20 million from the Austin Police Department budget, investing all of it into programs meant to reduce the need for police in the community. The vote also set the stage for $129 million in additional cuts to the department’s funding throughout the fiscal year. 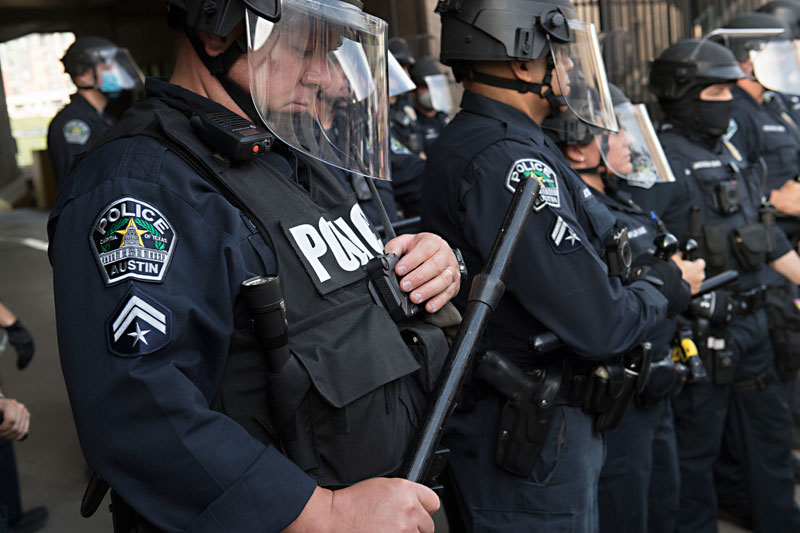 The money divested from APD will be reinvested into social services, including $6.5 million to house people without homes, $1 million to treat substance use disorder, and $1.37 million for workforce development. By addressing the root causes of crime – unemployment, housing and food insecurity, and lack of access to mental health care among them – Council hopes to lay the foundation for a public safety apparatus that does not rely on policing as the solution to societal problems fueled by generations of inequity.

Most of the savings achieved in the immediate cuts are a result of a decision to cancel the next three cadet classes – one in November, and two in 2021. Currently, APD has funding for just under 200 vacant officer positions. Each class graduates about 65 cadets, so in effect, the decision to cancel the three classes could shrink the police force by about 200 officers by the end of 2021.

If the classes actually remained cancelled, that is. Mayor Steve Adler told us that the classes could be rescheduled in 2021 if certain conditions were met, like needed reforms to change the culture and instructional model at the academy being implemented, or if the number of officers retiring increases to the point that new officers are needed to maintain current staffing levels and to alleviate new pressure on the police pension fund.

Adler said the move to cancel all three classes – which initially did not receive unanimous support; some on Council wanted to cancel the November class solely – was needed to immediately begin building up the alternative-to-policing public safety system. “We’ve got to actually start spending money on alternatives so they can actually start doing that work, then measure results,” the Mayor told us. “But we’re not ruling out classes in FY21.”

If the “paramilitary culture” at the police academy is reformed, a new approach and curriculum – combined with less discriminatory recruiting practices – could help build a progressive police force that better serves the needs of Austin’s communities of color. Older officers – who are both more costly and less likely to adapt to a reimagined police culture – could be replaced with younger cadets who are more aligned with Council and the community’s vision.

The overtime fund allotted to police officers – some of which is used filing reports, or when an officer is in the middle of a call when their scheduled shift ends – will also be reduced by $2.5 million. Another line item that allocates money for APD’s office supplies, like pens and snacks, will be cut by $3.1 million.

For some advocacy groups, the promise to cut $150 million – about one-third of the department’s budget – is welcome, but not enough. “We are grateful to everyone who for years [has] poured their energy into bringing about a more equitable city,” a statement from Grassroots Leadership reads. “But the budget passed today does not meet this moment.”

Grassroots and another advocacy group, Communities of Color United, have called on Council to cut $220 million from the police budget and invest it into housing programs, Austin Public Health, and the city’s Equity Office, which has become highly respected among advocates since being established in 2016. “The city must support the existing Equity Office to begin to undo the decades of racism that have plagued its decisions,” Maya Pilgrim, an organizer with CCU, told us. “To do otherwise will mean to throw more resources and energy into an institution that is unwilling to infuse change and equity into every department and decision.”

“This is without a doubt the most significant change in Austin’s public safety priorities in generations.” – Council Member Greg Casar

Still, CMs are celebrating the moment. “This is without a doubt the most significant change in Austin’s public safety priorities in generations,” CM Greg Casar said after the budget vote. At the same time, he was realistic about the immense work ahead of Council, staff, and advocates who have helped create the framework for this change. “We know there is so much more work to do in the coming year…there’s so much more we know our community is asking for if we want to truly reimagine public safety.

The FY21 budget also identifies roughly $80 million in additional police functions that could be “decoupled” from APD control and turned over to civilian leaders. One example that enjoys broad support is the creation of an independent crime lab that would test forensic evidence gathered by officers and detectives.

A less popular idea is to move Internal Affairs – which conducts investigations into alleged police misconduct – out of the department into a somewhat-independent entity. Doing so would strike a blow to a flawed system of police accountability that so often allows officers to evade meaningful punishment when accused of misconduct.

Both proposals – like the others included in the $80 million “decoupling” fund – cannot be executed as easily as the $20 million in immediate cuts. There are legal and operational questions that must first be answered before the city moves forward with truly removing those functions from APD: Who would operate the newly independent DNA lab? Can civilian investigators take on IA investigations, or will they require assistance from sworn officers?

The final bucket – $49 million in a “reimagine safety fund” – is designed to support changes that are even farther down the road. Some of these include disbanding the mounted patrol division, abandoning use of K-9 units, and further reductions to police overtime. How these funds are reinvested has not been clearly identified, but the funds are likely to go toward further bolstering the local social safety net.

Those choices will be informed by an extended community engagement process that will unfold across working groups, task forces, and preexisting city boards and commissions over the coming months. The work will be facilitated by 21CP, a consultancy firm founded by retired law enforcement officials who advocate for police reform. The city has contracted with 21CP and expected to begin working with them on Aug. 17; staff hope to hold the first three of these stakeholder meetings in August.

“I don’t trust the government to do this on their own,” Johnson told us. “But I do trust that the people will hold public officials accountable.” – David Johnson, Grassroots Leadership

How much trust advocates are placing in the stakeholder process varies. Some told us that because Chief Brian Manley – who still holds on to the department’s top post despite growing calls for his ouster since March – will not be spearheading the process (led by Office of Police Oversight Director Farah Muscadin and Deputy City Manager Nuria Rivera-Vandermyde), they are more optimistic about the prospect for success.

Others were more skeptical, telling us that Manley remaining Chief signaled that City Manager Spencer Cronk was not committed to divesting from the police department. David Johnson, an activist with Grassroots Leadership, told us it would be up to impacted communities to see the reimagining process through. “I don’t trust the government to do this on their own,” Johnson told us. “But I do trust that the people will hold public officials accountable. I don’t think the public demand for accountability and for transformative, community-driven justice is going to end anytime soon, either.”

Read more about the newly adopted FY21 budget in next week’s issue, on stands and online Thursday.