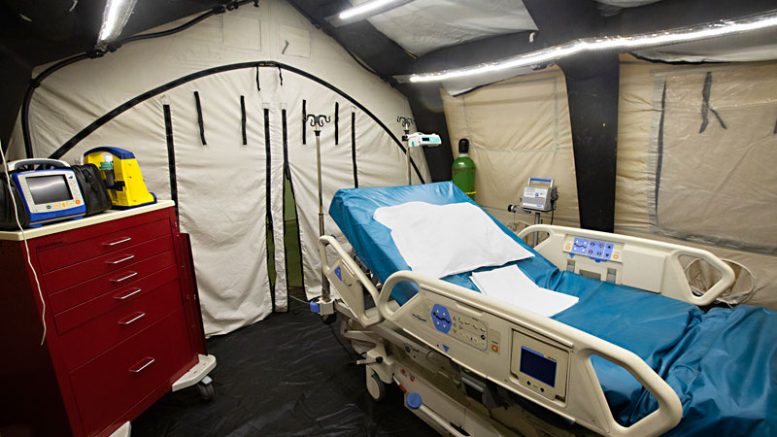 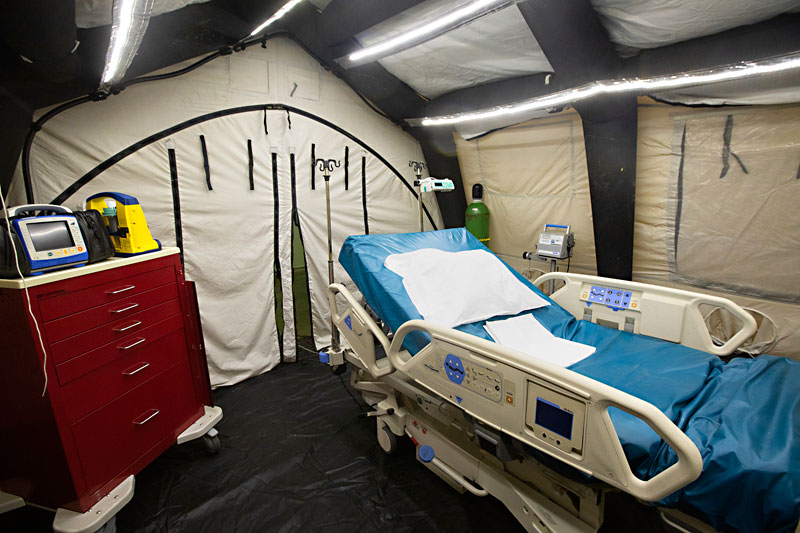 With hospitals stressed to their limits, the city is now prepping the Alternative Care Site at the Austin Convention Center (pictured here in July) (photo by Jana Birchum)

Earlier today, the Texas Department of Health and Human Services officially alerted Travis County Judge Andy Brown of a number he already well knew – that Trauma Service Area (TSA) O has had seven consecutive days in which the number of COVID-19 hospitalized patients as a percentage of total hospital capacity exceeds 15 percent.

That seven-day threshold is what it would take to activate Governor Greg Abbott’s Executive Order No. GA-32, which is exactly what happened today for TSA-0, which includes Travis County and 10 other counties in Central Texas. As a result, further restrictions on businesses and hospitals are now imposed. They include:

• Businesses, including restaurants and retail, are required to move from 75% occupancy to 50% occupancy.

Public health officials say holiday gatherings are behind the surge in COVID-19 cases and subsequent hospitalizations. On Saturday, city officials announced they had begun the process to open the Alternate Care Site at the Convention Center Downtown, which was initially established during the summer surge though it was ultimately not needed at the time.

“Activating the Alternate Care Site means that we believe that it is inevitable that the healthcare system in Central Texas will exceed capacity and will soon be overwhelmed,” said Jason Pickett, Alternate Health Authority for Austin-Travis County, in a press statement. “When we exceed capacity, we will do so not only for COVID patients, but for all individuals needing hospital care in this community. We need this community to take substantial steps now to avoid a catastrophic surge.”

Authorities stressed that the new restrictions imposed by GA-32 would not be enough on their own to stem the tide, once again stressing that personal responsibility was essential to combatting spread of COVID-19.

“We are incredibly concerned that our area has hit the hospitalization rate which has resulted in the rollback on the occupancy of businesses,” said Dr. Mark Escott, Interim Austin-Travis County Health Authority, in a statement released Sunday evening. “The projections have been concerning for some time, and this is just the latest reminder that Austin-Travis County is experiencing a deadly surge in cases as a result of holiday gatherings and gatherings thereafter.

“The additional restrictions placed by GA 32 alone, though, will not be enough to counterbalance this surge in cases and hospitalizations. In other jurisdictions that hit this point prior to the Austin area, cases and hospitalizations continue their uncontrolled rise. Dallas/Fort Worth is at 27%, San Antonio at 22%, and Houston at almost 20% and all three continue to rise.

“We need every person in this community to understand that exceeding our hospital capacity is now inevitable, but how far we exceed that capacity depends on all of us. Today is the day to decide to stay home and reduce risk to save our hospitals and save lives.”

This is a developing story. See more in this week’s print issue, on newsstands and online on Thursday.