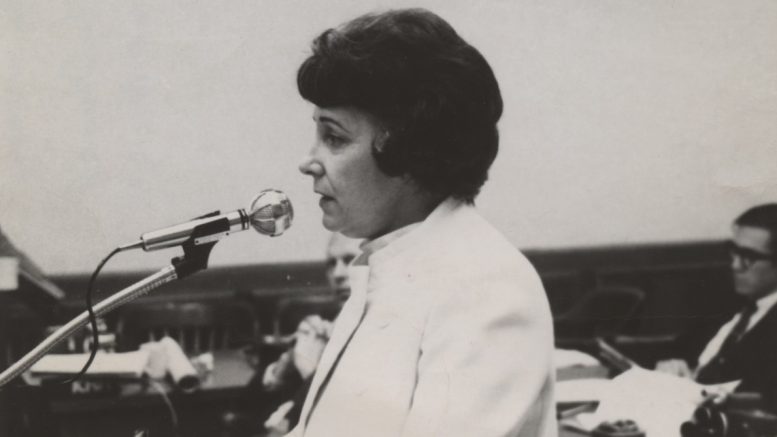 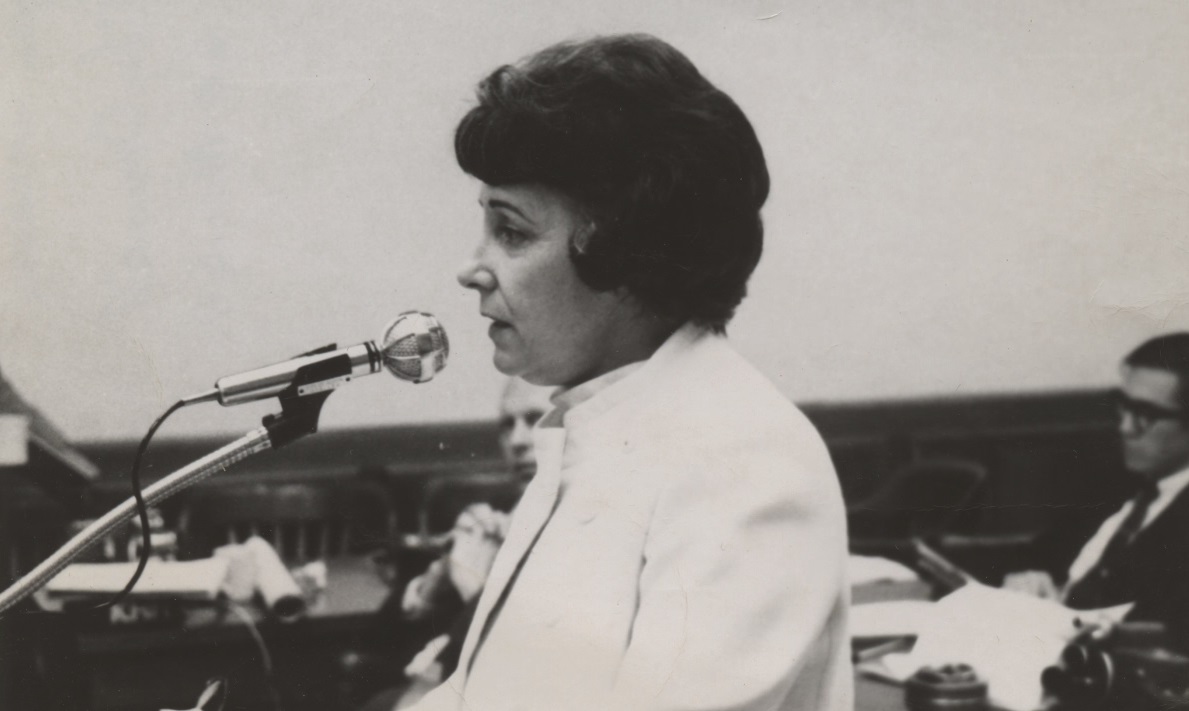 Roberta Crenshaw, the central figure in Origins of a Green Identity: Austin’s Conservation Pioneers, the newest documentary in the Living Springs series

Gov. Elisha Pease. A.J. Zilker. Roberta Crenshaw. Lovers of public green spaces whose names are memorialized on parks and trails. Because of them, Austin is a beautiful city, “and we had to work hard to keep it this way,” explains environmental campaigner Mary Arnold in Origins of a Green Identity: Austin’s Conservation Pioneers.

The new documentary, which screens on KLRU tonight, is part of Living Springs, an ongoing multimedia project dedicated to recording the history and community that has developed around Barton Springs. Most of the films are between two and 10 minutes, intended to be seen online or at the currently-closed Barton Springs SPlash! exhibit, so at an hour Origins of a Green Community is the single longest work to date. Director Karen Kocher said, “The intention was to have short videos, and as time goes on the videos kept getting longer.”

The documentary is a history of how Austin’s environmental movement predated the first Earth Day by over a century. It opens with a series of short interviews with Austinites, highlighting how little is known about the origins of their shared green spaces. Those moments show what Kocher called “the blithe ignorance in terms of our park users. … Even people who are down there picking up litter don’t have the first clue.”

As with all the Living Springs films, she originally planned to focus on Barton Springs, and the origins of the movement that became the Save Our Springs Alliance. Yet what she quickly found was that there was even more than she anticipated. “there were things before Save Our Springs that even the Save Their Springs people didn’t know about. … So it became research, research, research and then the characters emerged.”

The central character – or rather, the rootstock from whom Kocher’s narrative grows – is Roberta Crenshaw, the philanthropist and Parks Board chair who championed the protection and expansion of green spaces within the city during the 1960s. When Kocher started her research, it was Crenshaw’s name that kept coming up, over and over again: The glamorous young socialite who became a canny political operative, advocating for the spaces we take for granted. It seemed that at every meeting, Kocher said, “[Roberta] was clearly in there telling people, what the hell are you doing?”

However, it’s not a story of one activist, or one decade, but a progression over time from the moment that Gov. and Mrs. Pease gifted 42 acres just north-east of the capitol to the City of Austin. It’s also a story of how that environmental instinct became a part of the planning process when so many comparable towns left no space for foliage or nature within city limits, and of how development and ecology established an uneasy peace. “I knew there were things before Save Our Springs that even the Save Their Springs people didn’t know about.”

It’s a concise, rather than definitive history, and knowing that she had to be focused meant that Kocher had to leave a lot of material for future projects. Even Crenshaw’s campaigning has deep pools left unexplored, like how she fought off plans for a planned downtown amusement park called Little Texas. Kocher said, “For every incident that we included there were four or five that we left out.”

Origins of a Green Identity: Austin’s Conservation Pioneers screens on KLRU on Jan. 8 at 8pm and Jan. 10 at 2pm, and is available to stream via www.austinpbs.org.

Find out more about Living Springs, and catch the complete video archive at www.livingsprings.org.