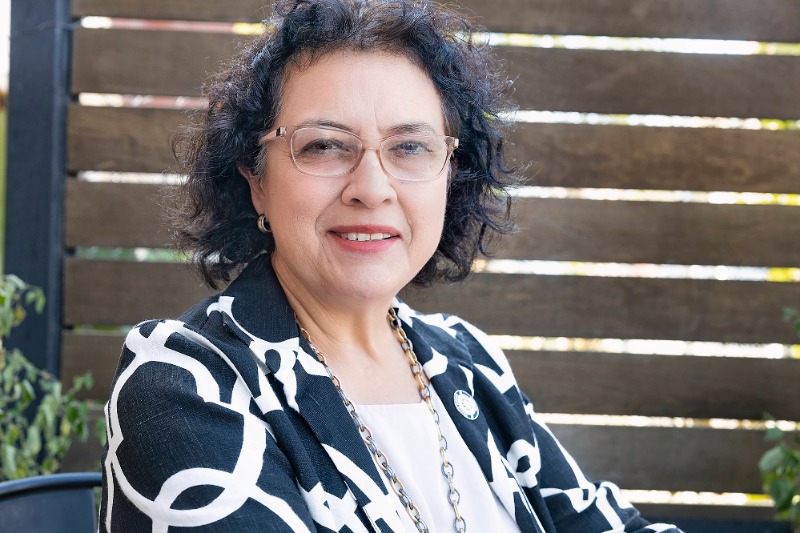 Someone had to make the first move, and state Rep. Celia Israel became that someone Wednesday morning, Sept. 22, announcing her “exploratory committee” of community leaders poised to back her in the 2022 Austin mayoral race.

That election, to succeed the term-limited Steve Adler, isn’t for more than a year, with no primary, so there’s plenty of time for other fish to jump into the pond, such as former mayor Kirk Watson or Council Member Kathie Tovo; candidate filing doesn’t even begin until next summer. But there isn’t a lot of time left for Israel, who’s been contemplating a mayoral run since last winter, to get out of the way of aspirants to her House District 50 seat in north and east Travis County; filing for the March 1 primary begins in mid-November.

“To be clear, my commitment to this exploratory effort means I will not be seeking re-election to my seat in the Texas House,” Israel said in a statement announcing her nascent campaign. “I have shared this privately with my colleagues in the Travis County delegation … and appreciate their friendship over the years more than words can express. Rest assured, my staff and I will not step back from being fully present for our constituents, my colleagues in the House, and others who need our attention on the critical issues facing Texas over the next year and several months in this term.” (Israel’s full statement, along with the roster of her exploratory committee, can be found below.)

It’s not a small thing to give up what, even after redistricting, will still likely be a safe Democratic seat in a Texas House where Israel’s become a well-known Democratic leader – an organizer of the first-ever House LGBTQ Caucus, a go-to lawmaker on transportation and voting rights in past sessions, and a face of this summer’s House Dems quorum-break to D.C., where she got COVID-19. Israel also helmed the House Democratic Campaign Committee in 2020, which raised plenty of money in the ultimately futile quest to flip the House. So why turn away from the Lege and toward City Hall now?

“I’ve been getting a lot of encouragement from friends, some of whom have known me since my 20s and now into my 50s, saying this is a great opportunity and I’m ‘just the right person’ for it,” she told the Chronicle earlier this week. “And I wanted to explore that and understand what they meant. Why me? Why now? So I said, let’s put a real committee together, and you’re responsible for helping me find more friends and more opportunities to explore.”

The El Paso native, an Austinite since 1982, first attracted public notice as an aide to Gov. Ann Richards in the early 1990s. Thereafter, before entering the Lege in 2013, Israel spent much of her time and attention as an emerging community leader on Austin’s lunch-pail issues of the Clinton and Bush years – quality public transportation and decent housing, workforce development and help for small businesses, environmental justice on the Eastside, civil rights for LGBTQ+ Texans like her and her partner Celinda Garza, criminal justice reform. These causes did not have the fan bases then that they do now and often involved making incremental gains, good training for a future Texas House Democrat.

Israel describes herself as “always an activist at heart,” but notes she made many of those gains within the system, on city boards and at the Hispanic Chamber and working on bond committees and Austin’s first police oversight panel, before today’s more supportive ecosystem for progressive politics existed. “It can be a slog, and it’s exhausting, and it will be exhausting,” she told us, “to bring people together and … help our city be the great American city that we are. But Austin’s worth it. I expect us to do great things, and I hope that people will share with me what they think those great things could be.”

Her House district is itself the most ethnically and economically diverse in Travis County, incorporating Eastern Crescent farmland and colonias and landfills, the fastest growing parts of Pflugerville along Texas 130, distressed apartment complexes near Rundberg Lane, the Republican redoubts and estates of Great Hills, many of Austin’s core gateway Asian neighborhoods, and her own neighbors off North Lamar. “I’m a working-class chick,” Israel told us. “I understand the frustration of waiting for the light to change to turn left at Braker Lane.” She is a real estate agent by trade, getting her license to support her “expensive habit” of public service; her partner delivers groceries for H-E-B. As she’s talked about running for mayor, Israel told us, “I have been surprised at the level of dissatisfaction I’ve encountered with city government,” even among supporters of the progressive agenda of the Council majority. “Using words like ‘broken.’“

Some of the elders and peers Israel’s worked with along her way – people like Austin NAACP leader Nelson Linder, former Rep. Glen Maxey, arts advocate Martha Cotera, and former Council Member Chris Riley – accepted the assignment to help her “explore” what Austin needs and what being its next mayor would require. So have younger leaders like social entrepreneur Ruben Cantu, housing activist Greg Anderson, former Council candidate Pooja Sethi, and Austin Community College trustee Sean Hassan. “I feel like I’m never easily categorized – a woman, Latina, LGBT, left-handed Longhorn – but I like that I’m different. And I’m just a chick who’s trying to do good things, but I’m being buoyed by a lot of other people who believe in me.”

“Meeting the demands of these challenging times”

My political mentor, Ann Richards, was fond of quoting one of hers. “Any jackass can kick down a barn,” Sam Rayburn, the East Texas populist and former Speaker of the House, would say, “but it takes a carpenter to build one.”

Well, after four legislative sessions and all the special sessions that came with them, I’m ready for a new challenge where carpenters are welcome, where science and facts drive decision-making, and where compassion and respect for ordinary Texans is the norm, not the exception.

So today, I am announcing the formation of an exploratory committee for Mayor of Austin, as I begin a series of community conversations on what the future of Austin needs.

From the pandemic to the legislative attacks on women, communities of color, and trans kids, I know I’m not the only one who has reflected on how we can best use our talents to meet the demands of these challenging times. And in an increasingly urbanized Texas, local government may seem messy and unglamorous, but it’s where neighbors are actively coming together to solve problems.

I’ve served the city as a member of the Environmental Board, the Police Monitor Board, a Bond Advisory Committee, and the Mueller Redevelopment Advisory Committee. From these volunteer positions to my committee work in the Legislature, I’ve proven I’m not afraid of hard work nor the technical challenges and coalition-building it takes to keep a city moving.

Austin has long sold itself on “lifestyle,” but at times, I fear, at the expense of our sense of community: the spirit of what binds us together, of belonging, and being part of something greater than one’s self. Austin faces some real challenges, from homelessness to the affordability crisis that is pricing too many families out of our city. If we come together and tap our city’s broad base of talent, from nonprofits to neighborhood leaders to volunteers and tech entrepreneurs, I believe these are issues we can and will overcome.

The heartbeat of a city is people from all walks of life working together and learning from each other. That’s why I’m proud that the founding core of my exploratory committee is diverse, with a broad array of lived experiences. As we look to bridge divides in our city, I’ve charged them to take me to every corner of our city, bring constituencies and neighbors together where we can share ideas and concerns, and most importantly for me, listen.

The members of that exploratory committee are:

To be clear, my commitment to this exploratory effort means I will not be seeking re-election to my seat in the Texas House. I have shared this privately with my colleagues in the Travis County delegation — carpenters, all of them! — and appreciate their friendship over the years more than words can express. Rest assured, my staff and I will not step back from being fully present for our constituents, my colleagues in the House, and others who need our attention on the critical issues facing Texas over the next year and several months in this term.

I’m thankful for the encouragement I’ve received from so many friends, old and new. And my optimism for our city’s future is based on my faith that when we elevate our sense of community, there is no challenge we can’t overcome.