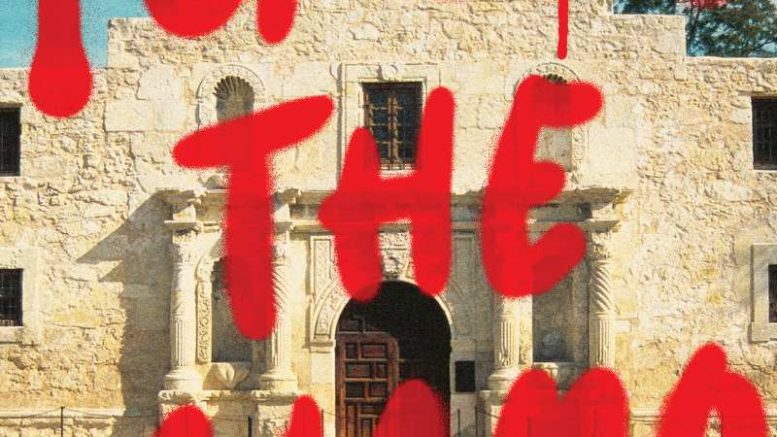 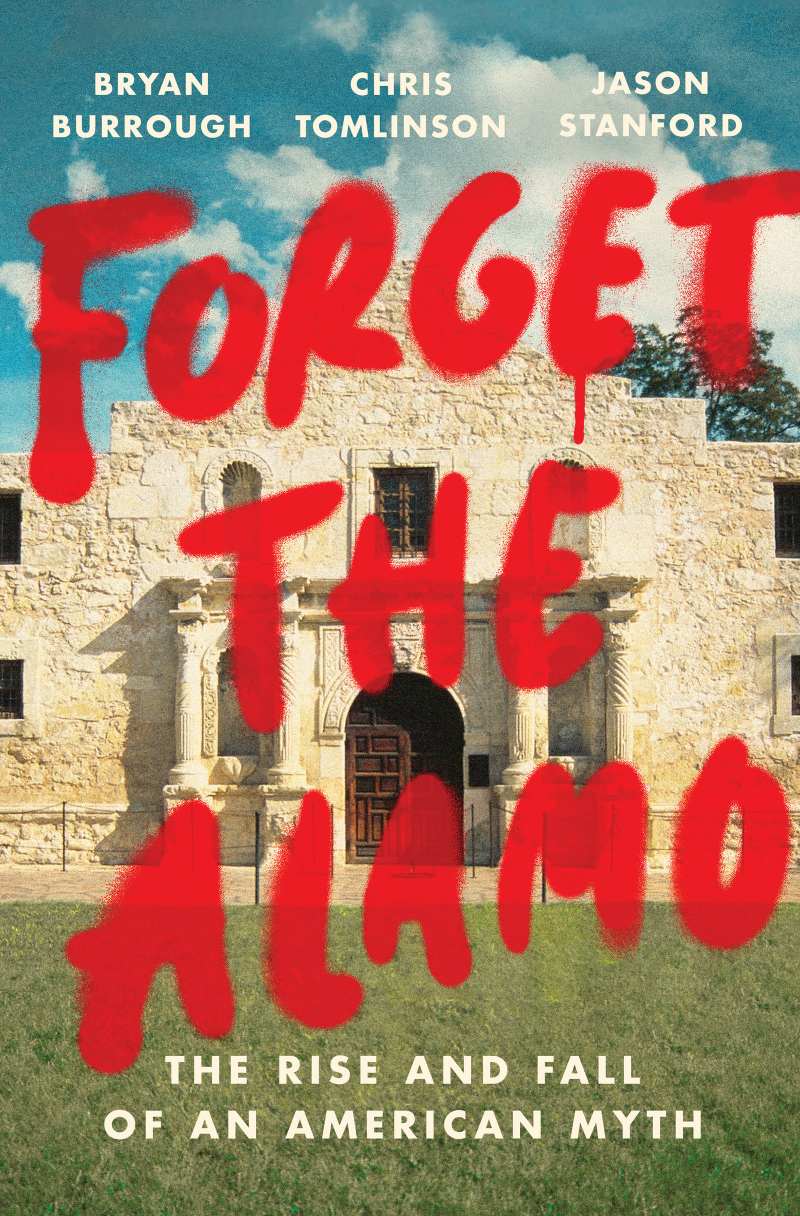 In an ironic move, the Bob Bullock Texas State History Museum today (July 1), with three hours notice, canceled a talk with co-authors of Forget the Alamo, a new look at the myths and realities of the Texas origin story, after “increased pressure on social media” targeted the museum and its board of high-ranking state officials.

The “ReWriting History” virtual program, co-presented with the Writers League of Texas, was to have featured Chris Tomlinson and Bryan Burrough, two of Forget the Alamo’s three co-authors (along with Jason Stanford) talking about “the craft of writing” with WLT executive director Becka Oliver, according to the Chronicle‘s listing for the event.The listing at the Bullock’s own website had been deleted, replaced with an error message, as of 6:45pm Thursday evening.

Stanford told the Chronicle that the book’s publisher (Penguin Press, an imprint of Random House) informed the authors via email, “The Bullock was receiving increased pressure on social media about hosting the event, as well as to the museum’s board of directors (Gov. [Greg] Abbott being one of them) and decided to pull out as a co-host altogether.” The Bullock Museum is a division of the State Preservation Board, the agency that also oversees the Texas Capitol; Abbott, Lt. Gov. Dan Patrick, and House Speaker Dade Phelan all sit on the SPB, as do Sen. Charles Schwertner (R-Georgetown) and Rep. Will Metcalf (R-Conroe) and citizen appointee Alethea Swann Bugg, wife of Texas Transportation Commission chairman J. Bruce Bugg. The Bullock’s support group, the Texas State History Museum Foundation, has a much larger board of Texas luminaries, including Bullock’s widow Jan and Karl Rove.

Stanford and his co-authors are making plans to reschedule the event, which had received 3,000 RSVPs, for a later date. “We will not be censored by @BullockMuseum’s clumsy cancel culture,” Tomlinson noted on Twitter. “Ironic that the state’s conservative leaders would pull a stunt like this.” He continued that if the cancellation wasn’t on the orders of those leaders, they’d be glad to team up again with the Bullock, but, “If we don’t get an invite, well, we’ll have confirmation of what happened.”

Forget the Alamo, which has only been in stores for three weeks, was already in the sights of the right-wingers and Texas jingoists who have fomented hysterics about the fate of the actual San Antonio battle site, and the story told to Texas students about the 1836 siege, for at least two full election cycles now. Earlier this month, Abbott signed House Bill 2497, which creates the “Texas 1836 Project,” because, he said, “we must never forget why Texas became so exceptional in the first place.” The name echoes the New York Times‘ 1619 Project, centered on slavery, but intends to rebut it; as 1619 Project creator Nikole Hannah-Jones told the Texas Tribune, “We’ve been here before.”

The “revisionist” history of the Alamo and the Texas Revolution is not a secret; it also centers slavery, and Mexico’s moral opposition to it among the Anglo settlers, and the less than exemplary deeds of the boldfaced names of the Texians’ last stand. As Stanford notes, UT historian H.W. Brands, who reviewed Forget the Alamo for the Washington Post, wrote of its authors, “They sometimes appear to be beating a horse that, if not dead, was put to pasture awhile back, at least outside the political classes.”

But “apparently these facts are so radical in Austin that we’re going to run out of pearls to clutch,” Stanford said. The book, which is intended as a popular history and a rather breezy read, is half a reality-based retelling of the Alamo myth, and half a historiography that relates the telling of the myth itself. It leads right up to the battles between Land Commissioner George P. Bush and his foes over his proposed “desecrations” of Alamo Plaza and the notorious, and it appears mostly spurious, Phil Collins collection of Alamo artifacts that’s supposed to (in Bush’s plan) be housed in a world-class museum there; its epilogue includes events as recent as last September.

And now, Forget the Alamo is itself part of those events.”It is an odd feeling to have now entered the story of how we are fighting about the Alamo,” Stanford said. “This book is now an actor in the story that it had told. The paperback edition is going to be a doozy.”