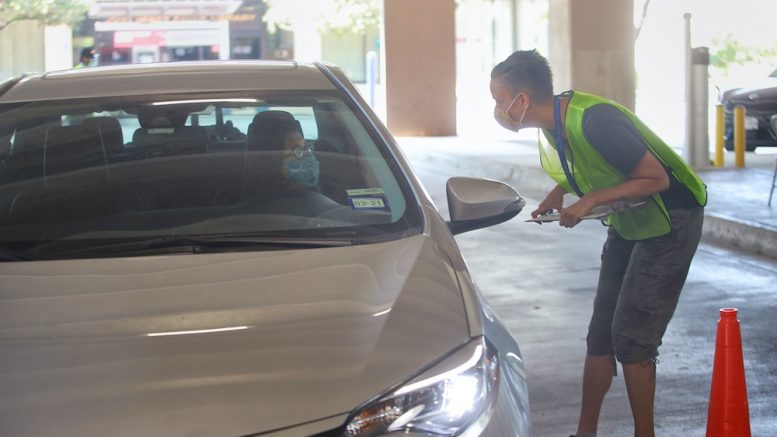 The Texas League of United Latin American Citizens (LULAC), League of Women Voters of Texas, and two Texas voters struck back at Texas officials in a lawsuit filed in a federal court in Austin Wednesday, October 1, after Gov. Greg Abbott issued a proclamation requiring Texas counties to limit mail-in ballot hand delivery sites to one location per county. 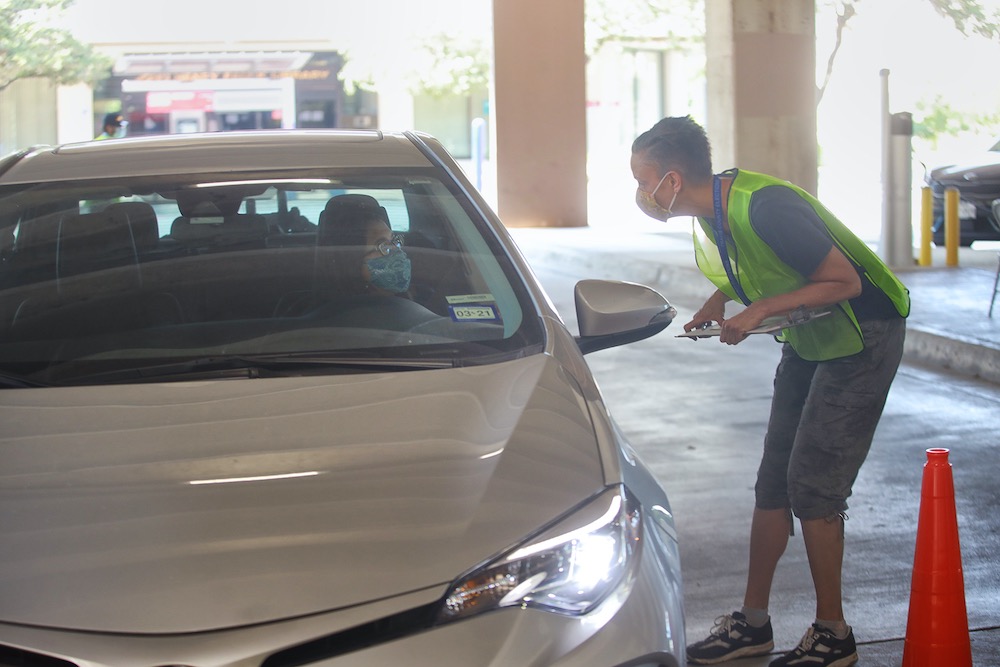 A ballot drop-off location in action (Photo by Jana Birchum)

“In the midst of an election that is already underway, forcing such new burdens on voters who relied on a different set of election rules to make their voting plan, is unreasonable, unfair, and unconstitutional,” the suit argues. LULAC and LWVTX say many of their members will lack reasonable access to one single ballot delivery site and thus will be unable to cast their ballots in a timely manner as a result of Abbott’s order.

“In-person voting is simply not an option for many absentee-eligible Texas LULAC and LWVTX members. Elderly, sick, and disabled members – the only categories of persons eligible to vote absentee by dropping off their ballot in person – simply cannot risk deadly exposure to COVID-19,” they write. “As such, absentee ballots are the only option for many eligible Texas LULAC and LWVTX members to exercise the franchise without jeopardizing their own health or the health of their families.”

Joining LULAC and LWVTX as plaintiffs are 82-year-old Ralph Edelbach of Cypress and 71-year-old Barbara Mason of Austin, two Texas voters who were already planning to hand-deliver their ballots at satellite sites in Harris and Travis counties, respectively. Now, because of Abbott’s 11th-hour order, Edelbach and Mason face transportation and logistical concerns over delivering their ballots to one single drop-off site, the suit states.

Abbott issued yesterday’s order, which also requires election officials allow poll workers to oversee ballot delivery, to ostensibly “ensure greater transparency and will help stop attempts at illegal voting,” he said in a statement. However, plaintiffs argue that Abbott hasn’t in fact identified any “security benefit to restricting the number of properly staffed ballot drop-off locations in a county and indeed there is none.” The suit also points out how Abbott is making major changes to the election process only a month away from Election Day – a move Texas state officials argued was too late in a separate lawsuit over straight-ticket voting; Texas Attorney General Ken Paxton had said earlier “last-minute changes to our voting process would do nothing but stir chaos.”

Furthermore, the suit acknowledges on Wednesday, the day before Abbott’s order, Paxton submitted a brief to the Texas Supreme Court that the plaintiffs say demonstrates that the Texas Attorney General admits such a one-ballot-location-per-county rule is “incongruous” to the statutory interpretation of Texas’ election code. The brief was submitted on behalf of Texas Secretary of State Ruth Hughs, who, along with Abbott, is being sued in a separate lawsuit filed by several dozen Texas Republicans over Abbott’s July 27 proclamation expanding early voting. That July proclamation – which yesterday’s order now supersedes – suspended a state law that only allows mail-in ballots to be delivered on Election Day. The brief approved of Harris County’s plan for satellite ballot delivery sites – at least, at that time.

As of today (Oct. 2), Travis County Clerk’s Office at 5501 Airport Blvd. is now the only location where Travis County voters may hand deliver their ballots Monday through Friday, 8am-5pm, until early voting begins (Oct. 13). In a statement issued yesterday, the clerk’s office wrote, “This late, last minute edict is bad news for voters and bad news for elections. The Travis County Clerk is in discussion with legal counsel to explore all options.”

The suit seeks preliminary and permanent injunctive relief restraining Abbott and Hughes from enforcing – and the defendant county election officials from implementing – Abbott’s order. “The impact of this eleventh-hour decisions is momentous, targets Texas’ most vulnerable voters – older voters, and voters with disabilities – and results in wild variations in access to absentee voting drop-off locations depending on the county a voter resides in,” the suit argues. “It also results in predictable disproportionate impacts on minority communities that already hit hardest by the COVID-19 crisis.”

This is a developing story; stay tuned for updates online and in next week’s print issue.

Visit the Chronicle’s Elections Central for the latest news from the campaign trail.