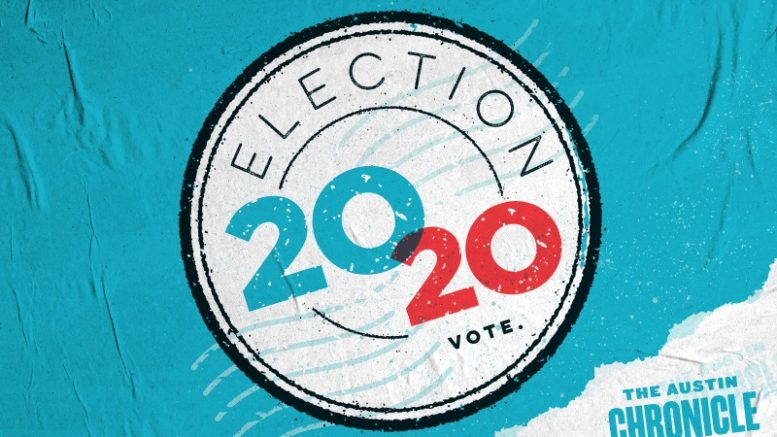 In partisan races, the Austin Chronicle Editorial Board has endorsed a straight Democrat ticket. We offer detailed reasons elsewhere behind all our Editorial Board endorsements in the November 2020 General Election; this condensed version is for Austin voters looking to take a streamlined copy to the ballot box with them.

Austin ISD Board of Trustees, At Large Place 8: Noelita Lugo

Proposition A (Project Connect): For

Proposition B (Active Mobility): For