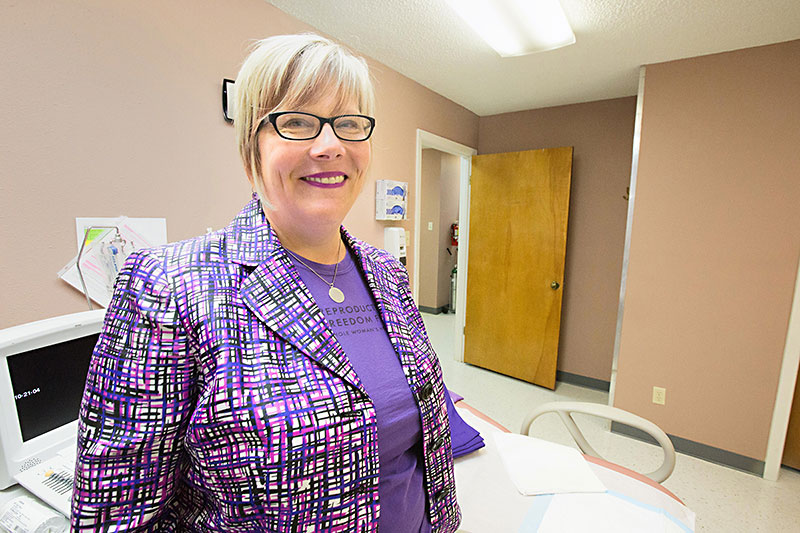 “My staff and physicians are being forced to comply with a remarkably cruel law,” says Amy Hagstrom Miller. “They must enforce it even though they fundamentally disagree with it.

The founder and president of Whole Woman’s Health is talking about the latest attempt by Texas lawmakers to put her and other abortion care providers out of business. Hagstrom Miller and fellow plaintiffs have fought back and won before, notably in a landmark 2016 ruling by the U.S. Supreme Court, but things have changed. Barring a court order, Senate Bill 8 will as of Sept. 1 ban abortion care after embryonic cardiac activity is detectable via transvaginal ultrasound, which is typically about six weeks into a pregnancy.

Anti-choice activists have pushed 15 states to adopt what they’ve misleadingly, yet effectively, framed as “heartbeat bills” over the last decade. Most have been blocked in court; SB 8 will be the first to take effect (Oklahoma’s is set to follow on Nov. 1) unless it is also blocked, as Hagstrom Miller and others are attempting. The law may prevent up to 80% of Texans seeking abortion care from receiving it, as most aren’t aware they are pregnant that early on, according to research from the Texas Policy Evaluation Project. It provides no exceptions for rape or incest, only in cases of medical emergency.

How would SB 8 succeed where other bills have failed? The statute expressly prohibits Texas state and county officials – lawmakers and prosecutors and regulators and licensing agencies – from enforcing it. Instead, it empowers anyone, anywhere, in Texas or beyond, to bring civil lawsuits against anyone who “aids or abets” care that SB 8 prohibits, or who intends to do so. (State and local officials are allowed to file briefs in such cases.) This could include physicians and providers, clinic support staff, abortion fund workers, rape crisis counselors, or friends and family who offer a ride to the clinic.

This is designed to open the floodgates to frivolous and harassing lawsuits from swarms of anti-choice vigilantes. Each defendant (there could be many) sued over a single procedure could be liable for, at a minimum, $10,000 in statutory damages, along with plaintiffs’ court costs and attorney fees. Defendants may not recover their costs even if they prevail in court. More than 350 members of the Texas bar, including Austin Mayor Steve Adler, Travis County Judge Andy Brown, County Attorney Delia Garza and District Attorney José Garza, have come out strongly against the draconian law, saying it “ruptures basic notions of fairness and liberty in a democratic society.”

The state’s loudest anti-choice lobby group, Texas Right to Life, is aggressively targeting abortion providers with a website that invites “whistleblowers” to anonymously report SB 8 offenders. (Pro-choice activists are hitting back by flooding the virtual form with satirical jabs.) With less than 10 days to go before SB 8 takes effect, “It’s an extremely difficult and emotionally taxing position to be in,” says Hagstrom Miller. “Even though my staff are more concerned with ensuring our patients are taken care of, they are also understandably very worried about getting sued themselves.”

‘Nervous of the Unknown’

Hagstrom Miller’s team has spent a “tremendous amount of time” in talks with attorneys and malpractice experts to craft a compliance plan and strategies to protect her staff from legal threats and intimidation. If sued, physicians would need to disclose that fact when applying for licenses, certifications, or hospital admitting privileges, potentially harming their careers. Weighing the risks, only 25% of the physicians at the four Whole Woman’s Health clinics in Texas – and only one doctor in Austin – so far have agreed to continue providing abortion care in compliance with SB 8.

Planned Parenthood of Greater Texas is likewise in ongoing talks with its providers and attorneys. “We are closely evaluating providing abortions in full compliance with SB 8 at our South Austin health center and health centers in other Texas communities,” says Sarah Wheat, Planned Parenthood’s chief external affairs officer.

Texas abortion fund groups, which assist low-income patients with travel, lodging, and direct medical care to overcome the many existing obstacles to legal abortion care, feel the bullseye on their back as well. “The law is meant to intimidate and target our work,” said Amanda Williams, executive director of the Lilith Fund for Reproductive Equity. “In fact, it incentivizes attacks on us with money. We have fear and anxiety, but it won’t stop us from fighting for our clients.”

Lilith Fund has spent the past few months intensely strategizing for all scenarios and vigorously fundraising to cover the costs of out-of-state abortion care. If most or all in-state care were shut down under SB 8, according to a brief from reproductive health policy group the Guttmacher Institute, the average distance between Texas patients and an abortion clinic would increase twenty-fold,from 12 miles to 248 miles. Lilith Fund has reached out to providers in Georgia, Colorado, and New Mexico to map out where Texas patients could travel for care.

Dallas-based Fund Texas Choice, which finances travel and lodging, is also collaborating with out-of-state partners while ensuring the fund itself is legally protected. “We are nervous of the unknown,” says Anna Rupani, the group’s co-executive director. “Because even though we will comply, the law is written broadly enough that [plaintiffs] could argue we’re not. And that cruelty is the point. So we are preparing for a possible onslaught and are figuring out how to best protect ourselves.”

All of these providers and funds are among the plaintiffs in a lawsuit challenging SB 8, filed in federal district court in Austin last month. They argue SB 8 “flagrantly violates the constitutional rights of Texans seeking abortion and upends the rule of law in service of an anti-abortion agenda.” Since the law’s construction aims to shield the state of Texas from being sued, the case names as defendants every state trial court judge and county clerk in Texas who could be called upon to enforce the ban. A hearing is set for Monday, Aug. 30 and plaintiffs are hoping for emergency relief before the law is enacted.

Even though it’s not yet in effect, SB 8 has already sowed confusion among clients – as lawmakers intended, says Hagstrom Miller. Of the patients coming through her Austin clinic, 80% have asked if abortion is still legal in Texas.

As the devastating prospect of SB 8 looms, last week the 5th U.S. Circuit Court of Appeals upheld a different law passed by the Texas Legislature in 2017, which bars the use of dilation and evacuation, or D&E, the safest and most common type of surgical procedure for abortions in the second trimester (after around 15 weeks, which under SB 8 would only be legal in a medical emergency anyway). Doctors who violate the ban could face up to two years in prison; the new prohibition will take effect Sept. 9.

“Texas has been hellbent on legislating abortion out of existence, and it is galling that a federal court would uphold a law that so clearly defies decades of Supreme Court precedent,” said Nancy Northrup, president and CEO of the Center for Reproductive Rights. “There is no question that [the] decision will harm those who already face the greatest barriers to health care. We are analyzing this decision and will consider all of our legal options.”

At trial in 2017, U.S. District Judge Lee Yeakel ruled in favor of the plaintiffs, including Whole Woman’s Health, who challenged the D&E ban as unconstitutional. That decision was upheld by a three-judge panel of the 5th Circuit in October 2020, but in an unusual move, the full 17-judge appellate court – considered the most conservative in the nation – agreed to re-hear the case. The only next stop is SCOTUS, which has added three anti-choice justices since 2016 and which is set this fall to hear a challenge to Mississippi’s 15-week abortion ban; the state has explicitly asked the court to overturn Roe v. Wade.

Texas has successfully enacted more than two dozen laws restricting access to abortion care since 2000, including a 24-hour waiting period, mandatory transvaginal ultrasounds, a ban on using telehealth services, and a ban on either public or private insurance coverage for abortions. Those efforts continue even now, as Gov. Greg Abbott’s red-meat agenda for the current special session includes legislation to curtail medication abortion. These obstacles disproportionately impact low-income women and women of color.

Even though the endless attacks on Texans’ constitutional right to legal healthcare are nothing new, they’re still emotionally and logistically draining for providers and patients. Hagstrom Miller says her clinics are still recovering from Abbott’s attempt last March to ban all abortions as an emergency measure during the COVID-19 pandemic, which threw Texas clinics into chaos.

“We heard the desperation and hysteria from patients who we were capable of helping but forced to say no to – it’s a horrible position to be in as a medical professional,” she says. “And here we are again, bracing for the same thing.”