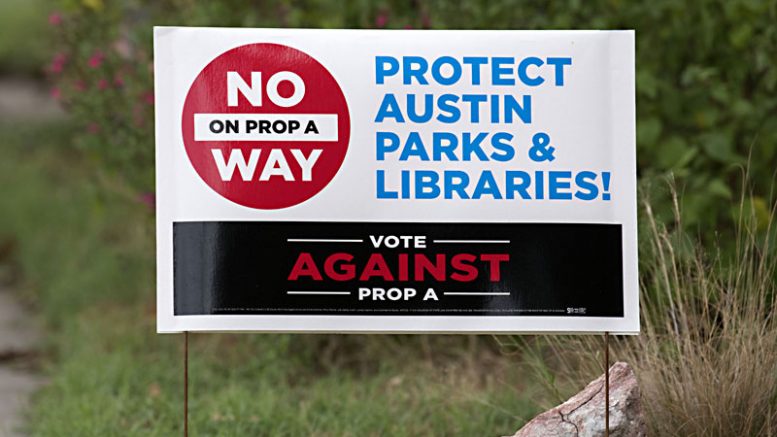 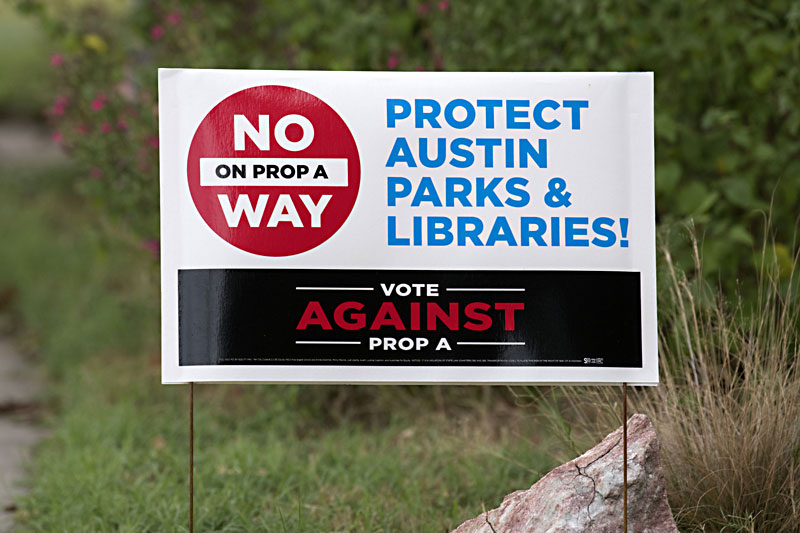 As early voting totals show Proposition A – the police staffing initiative brought to the ballot by the GOP-aligned political action committee Save Austin Now – going down in emphatic, ignominious fashion, Austinites went about their business in the streets, which are not the murder-strewn hellscape they’d heard about on TV.

We’ll be updating this post throughout the night, assuming anything interesting happens, which is not assured. We’ll at least try to keep the tallies current (scroll down to the end of this post) and share some statements, reactions, and insights from our Chronicle News Team. Go ‘Stros!

11:30pm: See the final tallies for Travis County in the two city propositions and our votes on the eight statewide constitutional amendments.

9:35pm: We appreciate that Travis County voters appear to have heeded our recommendation to vote against Propositions 3, 4, and 5, the constitutional amendments that promise to do some actual damage to the state’s good governance. But alas! there are 253 other Texas counties, and all eight amendments are prevailing easily statewide.

9:05pm: Missed a statement earlier, from the Austin Police Association, which issued it as an image that may also be a PowerPoint slide: “We appreciate the grassroots effort from different parts of the city, coming together to take on such a monumental task.” This refers to gathering the signatures to get Prop A on the ballot, which was largely done by paid canvassers, some of whom were caught on camera lying about the initiative’s provisions. The “grassroots” campaign for Prop A has to date reported more than $1.6 million in spending (since July 1, so after Save Austin Now’s previous ballot measure was approved by voters in May).

8:55pm: Our man Sanders shares scenes of the carnage:

8:35pm: In case you’re wondering, the voters of Williamson County, represented at City Hall by Council Member Mackenzie Kelly, the only Austin council member to endorse Prop A, are not going to save it. Early voting numbers from Wilco showed Prop A losing there ever so slightly, by 66 votes out of nearly 3,000 cast, or less than 0.25%.

8:15pm: Statement time! First up, No Way on Prop A campaign manager Laura Hernandez Holmes: “Tonight is a victory for the safety of all Austinites, and for our democracy. … No Way on Prop A built one of the largest and most diverse groups in the history of Austin politics and together, our coalition exposed the truth about Prop A by cutting through the persistent lies from Republican-front group Save Austin Now. We know that the safest cities have more resources, not more police. Our coalition members will continue to push back on misinformation and propaganda, and support comprehensive, community-focused approaches to public safety.”

Next, Mayor Steve Adler: “Austin’s culture and values were on the ballot tonight. This election reaffirms our community’s belief that public safety for all requires a comprehensive system that includes properly staffing our police, but also our fire, EMS, and mental health responses as well. At our core, we are an innovative, caring and creative community. We see that yet again in this election and that makes me proud to live in this magical place.”

And a chaser from Council Member (and probable soon-to-be Congressional candidate) Greg Casar: “Austin answered overwhelmingly tonight: we believe in criminal justice reform. We believe in comprehensive public safety — not simply putting poor and working class people behind bars. Tonight’s results show that Austinites have rejected right-wing division and are marching forward for progressive change. Our city will continue to fight for comprehensive public safety, civil rights, and a better city for all.”