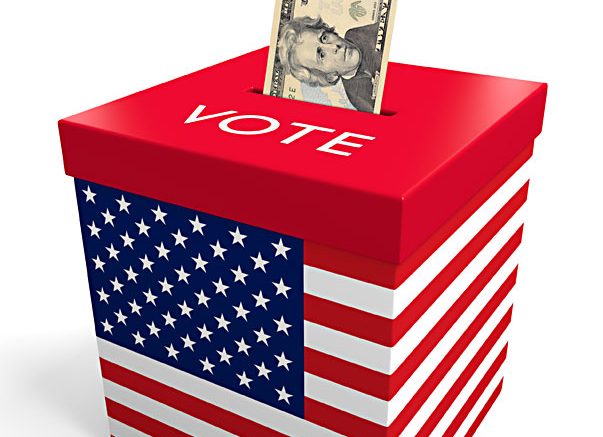 It’s Take-a-Deep-Breath Weekend in the 2022 primary election cycle, so let’s catch up with the news. We’ll be live-blogging tomorrow night (Tuesday, March 1) and have a complete results package in the print issue on stands Thursday.

Oh No She Didn’t?

Voters and news outlets were surprised to get texts and emails from the Margaret Gómez campaign last week claiming that challenger Susanna Ledesma-Woody had “surprisingly … terminated her campaign.” “Commissioner Gómez and her team will continue her campaign to work for the residents of Precinct Four,” wrote Gómez campaign manager Joe Cascino. Among those surprised was Ledesma-Woody, who had used the wrong form to submit her campaign finance filings, and quickly filed a correction. The Gómez campaign knew this was probably the case but went hard in the paint anyway, which rather than projecting the incumbent’s strength confirmed to many observers that Gómez, in office since 1995, is in the closest race of her career. “In another desperate attempt to stop our momentum, my opponents campaign is using a clerical error to say we dropped out. That is NOT the case. We’re still knocking, phone banking, and we could use your vote to show that we are tired of shady politics and inaction in Precinct 4!!” Ledesma-Woody told one constituent.

Eight-day-out reports were due Tuesday for all the state and county candidates and political action committees, the last all-races snapshot of the money primary before the votes get counted; in the current election, they cover the first three weeks of February. It’s mostly a good window into spending, since the people who make significant contributions this late don’t want people to know about it just yet; campaigns and PACs are supposed to file special reports each time they get or write a big check after the 8-day deadline, which sometimes they do timely. Some highlights: Gómez outspent Ledesma-Woody by about six to one ($51K to $8K) mostly on Cascino and other staffers and direct mail. In the Precinct 2 race, incumbent Brigid Shea spent way more than that – $183K in three weeks – out of her substantial war chest, including a ton of direct mail as well as polling; her foe Bob Libal both raised and spent $23K (the latter for mail, signs, and staffing all with the same consultant, along with a $1250 contribution to Our Revolution) and ended the period with a mildly surprising $63K in the bank. Both campaigns for County Clerk combined for less spending than Libal ($11K for Dyana Limon-Mercado, $7K for Kurt Lockhart). In the heated County Court-at-Law races, challenger Jana Ortega outspent (and outraised) CCL4 Judge Dimple Malhotra, $75K to $48K, but the incumbent had more cash on hand for the final stretch. The other two CCLs are open seats: in CCL5, Tanisa Jeffers outspent Mary Ann Espirituabout 2-to-1, and in CCL6 Denise Hernandez outspent Leslie Boykin by a little less than that, though all were well behind the pace of Malhotra and Ortega. And in the Texas House District 51 demolition derby to succeed Eddie Rodriguez (it’s too late for him to turn back now …), Lulu Flores continued to lead the pack with $42K raised, $85K spent, and $92K in the bank for the 3-week period. Matt Worthington reported $54K in spending; nobody else is anywhere close. In the district judge races, where a successful campaign costs about $200K, the top fundraiser and spender is Judge Catherine Mauzy, who is leaving nothing to chance in her quest to dispatch Vexatious Judge Madeleine Connor, whose campaign barely has a pulse finance-wise. The federal (congressional) candidates’ last filings, through Feb. 9, are their last complete reports until after the election.

All told, 75,249 folks voted early in Travis County, 70% of them Democrats, which with the 7,000 mail ballots received by Friday puts turnout at a chilly 9.6%. Trying to divine who is favored to win from the distribution of early voting is typically a mug’s game because, of course, you can vote early anywhere. You can, however, look for anomalies that could skew results in this super-low-turnout primary where as much as two-thirds of the vote may already have been cast. For instance, according to the County Clerk’s EV breakdown, the last four days of early voting saw a hefty spike in GOP turnout at Manor ISD headquarters – 900 voters, compared to 146 in the full week before Presidents Day. This is an Eastern Crescent site where, during that first week, Ds outnumbered Rs by 2-to-1, so what gives? Dunno yet, but this is enough votes (Manor ISD accounts for 5% of total GOP turnout in Travis County) to perhaps affect who gets into the inevitable run-off to be cannon-fodder against Greg Casar (perhaps!) in TX-35; there are 10 candidates in that race. Or it may be enough votes to push Robert Morrow and Jennifer Fleck ahead of their less insane opponents in the State Board of Education and Travis County GOP chair races, respectively. The top three sites for Dem turnout were Ben-Hur Shrine, Southpark Meadows, and Austin Oaks Church, combining for 23% of the total EV in that primary; for the Rs, Bee Cave City Hall led the field (good news for HD 19’s Ellen Troxclair?), followed by Ben-Hur and Austin Oaks, for a combined 26%. The Shrine and Southpark were designated “mega-centers”; the others were not.