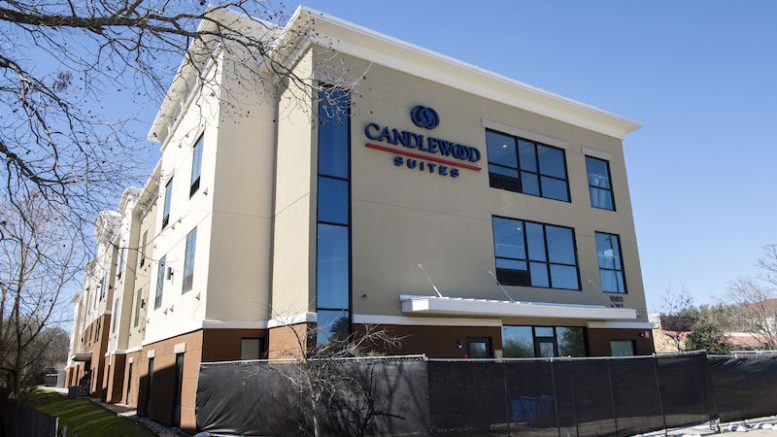 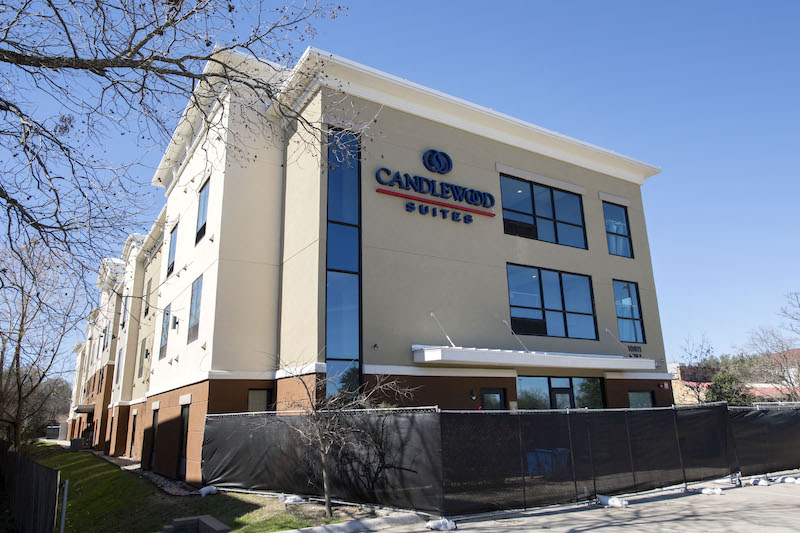 The Candlewood Inn and Suites in Northwest Austin, to be converted into permanent supportive housing. (Photo by John Anderson)

City Council voted 10-1 on Thursday, Feb. 4, to approve purchase of the Candlewood Inn and Suites in Northwest Austin, to be converted into 83 units of permanent supportive housing to help the most vulnerable among the city’s unhoused population.

Council Member Mackenzie Kelly, whose District 6 includes the property, was the only vote against the purchase. Kelly, only a couple of weeks into her term, had persuaded her reluctant colleagues at Council’s previous meeting to postpone the vote to allow for more engagement with her constituents. “I take [Kelly] at her word that she is supportive of the hotel and housing our neighbors,” CM Alison Alter said at that time.

This week, Kelly reiterated that she was indeed supportive of the city’s hotel/motel conversion strategy – just not here. “We do need PSH in the community,” Kelly said, “but I cannot support this PSH because of outcries from the community about it not being the right location.”

Those concerns from residents and businesses near the hotel, located on Pecan Park Blvd. near Lakeline Mall, could not be overcome, despite a hastily organized town hall featuring leaders from the Ending Community Homelessness Coalition and service providers like Integral Care and Caritas of Austin explaining that the Candlewood would not be a temporary homeless shelter. Rather, it would look and operate just like other apartment complexes throughout the city. When asked shortly after the vote how the city should engage with neighbors of the next PSH motel, Kelly told us, “We should have these conversations early,” because “we need to educate the community about what our homeless plan is.”

Caritas of Austin has expressed interest in operating the PSH once the motel is renovated; while they will have to compete for a contract to be awarded by Council, they are one of only a few groups operating PSH in Austin now, and the city is focused on bringing new units online rapidly. Staff does not expect the Candlewood to be open for move-ins until summer (the last quarter of the current fiscal year, ending Sept. 30). When that happens, the rooms will likely go to elderly, disabled people who stand the greatest risk of dying from life on the street. “Many of you are familiar with the ARCH [Austin Resource Center for the Homeless] Downtown, which is an emergency shelter,” Caritas Executive Director Jo Kathyrn Quinn told constituents at Kelly’s town hall. “That is not at all what is being proposed for the Candlewood Suites.”

In other action on homelessness, Council voted 8-3 to approve the Homeless Encampment Assistance Link (HEAL) pilot initiative that we reported on this week. The HEAL plan, sponsored by Council Member Ann Kitchen, aims to connect people living in large encampments to housing and services; advocates fear it will accelerate a push to recriminalize public camping, leading up to the now-likely May special election on the citizen initiative proposed by Save Austin Now. Mayor Pro Tem Natasha Harper-Madison and CMs Greg Casar and Vanessa Fuentes voted against the plan, citing the testimony of the numerous callers who asked Council to postpone the vote; the three, joined by CM Paige Ellis, had earlier unsuccessfully attempted to delay HEAL until Feb. 18.

Staff now has until March 4 to identify “priority” campsites around the city to target with outreach efforts to connect people with housing and services. Those connections will be based on the “expressed and individual needs of the people living in the locations,” Kitchen said, adding that HEAL “does not divert resources from existing programs, and it does not divert resources from [PSH] or rapid rehousing.”

Also on staff’s to-do list: Figuring out when this Phase 1 of HEAL is “complete,” and thereafter finding ways to “disallow” camping in these HEALed locations without involving the police and issuing citations. Advocates had particular concerns about the lack of clarity around this second step, which Casar attempted to address with a series of amendments, most of which Kitchen rejected as unnecessary given the language of her resolution, and none of which were adopted by Council.

“I see the resolution does not change our ordinances,” Casar said after his amendments failed, “but it does open up the door without stating a preference” against criminalizing public camping. Referencing the Save Austin Now petition drive, and the group’s criticisms of the city’s slow pace of housing unsheltered Austinites after rolling back criminal penalties in 2019, Casar added, “Taking your foot off the neck of a person does not say you are okay with them being on the ground.”

At a Friday morning press conference, Homeless Strategy Officer Dianna Grey said the city can pursue “proactive strategies” that “aren’t coercive” to implement HEAL. “Continued outreach and engagement by service providers” around campsites “can be really effective at reinforcing the message” that camping is prohibited in a particular area, Grey said. She also said that staff could take a “look at the built environment and activity in those spaces,” perhaps a reference to the use of hostile architecture to prevent camping in some places.