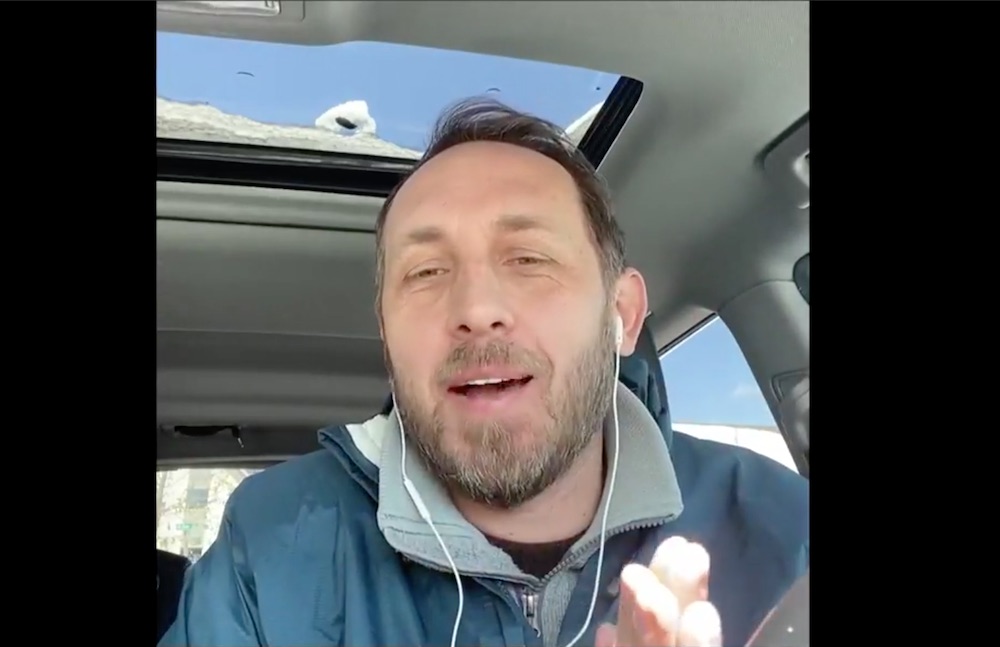 Like so many Austinites, Travis County Judge Andy Brown has been without power since early morning. He attended the city’s virtual press conference in his car.

Though rotating outages were originally planned, some areas have been without power for considerably longer than others; Austin Energy GM Jackie Sargent said this is because they’ve already turned off every circuit except for ones near hospitals, fire stations, control centers, water treatment plants, and other essential facilities. With all available circuits maxed out, those that don’t have power should expect outages to remain through tonight and possibly into tomorrow afternoon, because though local outages on Friday may have been caused by iced over trees hitting power lines, newer sustained ones are due to thermal plants shutting down statewide. Some 2 million homes across Texas are reportedly without power.

“We’re stuck here until we can get some reprieve from ERCOT,” said Sargent.

In the meantime, the city has provided Palmer Events Center as a warming center and are preparing additional shelters for overflow. Juan Ortiz, City of Austin Office of Homeland Security and Emergency Management Director, said to utilize the daylight to get there if it’s an emergency, but “stay off the roads unless you really have to.” Last night the city transported 282 people experiencing homelessness to the warming center, and they are currently opening up additional space and coordinating with Capital Metro to transport people. The city website is currently down, as is 311, but 911 is still operational, though focusing on “immediate emergencies only.” Those seeking more information on warming centers should call 512/305-ICEE. – Lina Fisher 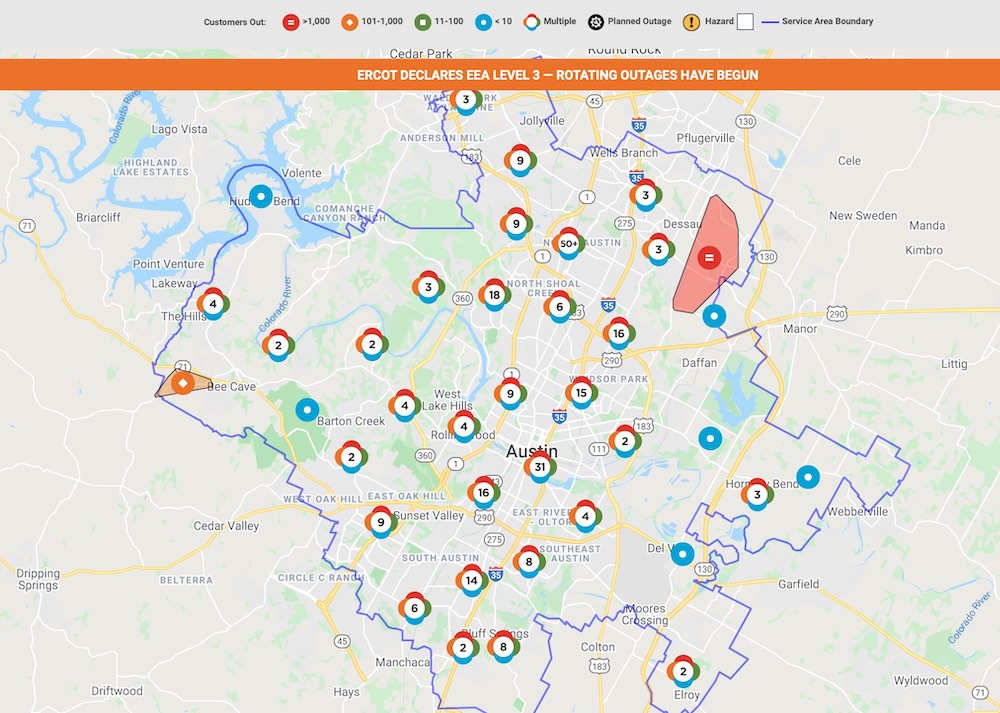 Those rotating outages were expected to last between 10-40 minutes. In a statement released this morning, Austin Energy officials made it plain those outages were lasting much, much longer for some customers:

“The situation continues to worsen across Texas and here in Austin,” said Austin Energy General Manager Jackie Sargent. “Austin Energy implemented required outages early Monday morning, doing our part to help stabilize the ERCOT grid. The required outages are more extensive than anyone expected and do not allow us to bring affected customers back online at this time. We will continue working with ERCOT and working through our contingency plans to get power back on to customers as soon as the grid allows.”

On Twitter, AE explained that areas impacted by the rotating outages were selected randomly – cold comfort to the customers who have been without power since 2am – and that “electric load must be reduced in order to fully restore service across the ERCOT grid.”

Officials are begging customers still with power to take measures to reduce their usage. That includes:

• Keep your thermostat at 68 degrees or lower, if possible. Wear warm, comfortable clothing to help stay warm indoors instead of adjusting the thermostat.

• Keep doors and windows closed to minimize hot air from escaping the home.

• Switch the setting on ceiling fans to run clockwise at a low speed. This gentle updraft helps push warm air near the ceiling down into your living space.

• When not in use, make sure your fireplace damper is closed to prevent heat from escaping up the chimney.

• If you have central air and heat, do not close vents in unused rooms. This could increase pressure and cause duct leaks.

Austin Energy has additionally cautioned that, when power is restored, circuits can become overloaded because of lights, electronics, and thermostats left on prior to the outage, which can cause a second outage. Customers are urged to turn off their thermostats, unplug fixtures and appliances, and only leave one light on to indicate when power has returned. – Kimberley Jones