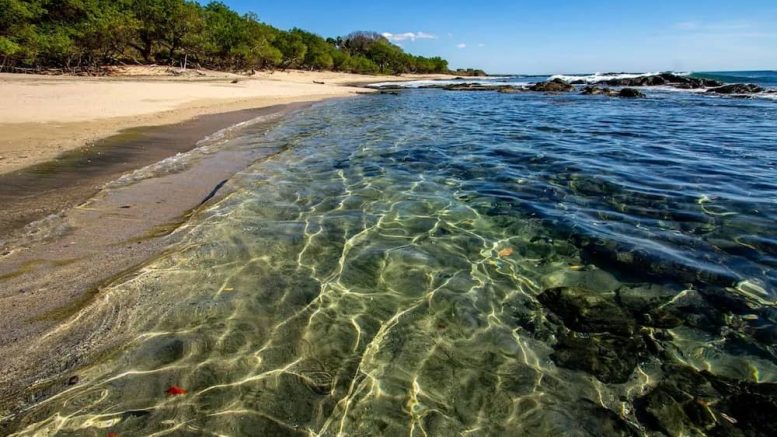 Yeah, this is where the love-triangle cyclist killer was hiding out (Courtesy of Wild Swimming Holes)

Well, it appears that Kaitlin Armstrong was more resourceful than most of the fictional murderers on Law & Order, and those sneaky moves are probably gonna land her an additional couple decades behind bars.

It would be close to impossible to have missed the news that for 43 days, local and federal law enforcement was hot on the trail of 34-year-old Austin yoga instructor Kaitlin Armstrong after she allegedly shot and killed 25-year-old Anna Moriah “Mo” Wilson (a rising star in the cycling world), whom she viewed as a rival for the affections of her boyfriend Colin Strickland. The manhunt that garnered national attention came to a close Wednesday, June 29, at a hostel on Santa Teresa Beach in Provincia de Puntarenas, Costa Rica, which looks as much like a tropical paradise as you’d imagine.

Following the breadcrumbs authorities have left us, here’s the timeline: Colin Strickland dated and lived with Armstrong but briefly dated Wilson when he and Armstrong took a break in 2021, per an Austin Police Department affidavit acquired by the Statesman. (Strickland has called the affidavit that described this break “misleading” in an interview with tabloid The Sun) Strickland and Wilson went swimming May 11, the same day she was shot and killed, per the affidavit. The next day, detectives picked Armstrong up on an old warrant from 2018, which alleged that she failed to pay for a botox treatment. Then they confronted her with a video that showed a black Jeep Grand Cherokee pulling up to the home where Wilson was killed, but had to release Armstrong when her birthdate on the botox warrant and in APD’s system did not match up.

The following day, on May 13, Armstrong sold her black Jeep Grand Cherokee to the CarMax dealership at 4400 S. I-35 for $12,200, U.S. Marshals said in a news release. May 14, at least one camera at Austin-Bergstrom International Airport caught a glimpse of Armstrong before she boarded a flight to Houston, and from there she continued to New York’s LaGuardia Airport. Three days later, May 17, authorities snagged an arrest warrant for Armstrong, but by the next day, she was again caught on camera at Newark Airport in New Jersey. There, carrying a fraudulent passport, she boarded a plane to San José, Costa Rica. From there, she traveled another 112 miles, leap-frogging the idyllic Gulf of Nicoya, to reach her final place of residence before she ends up in Travis County’s women’s jail: a white sand beach on the tip of a lush, tropical peninsula.

As much fun as she might’ve had there, the decision to skip town and then the country is sure to bite her. First of all, sudden passion murders are classified as second-degree felonies in Texas, which carry lesser sentences than premeditated murders. The extensive planning (whether it began before or after the murder) is sure to throw a wrench into a crime-of-passion defense. Then come the federal charges! Unlawful flight to avoid prosecution can carry a penalty of several years in prison. Lying on a passport application can get you up to 10 years, but fraudulent passport use connected to another crime makes that more like 20 years. We’ll see how many more charges she can accrue before she’s put on trial.