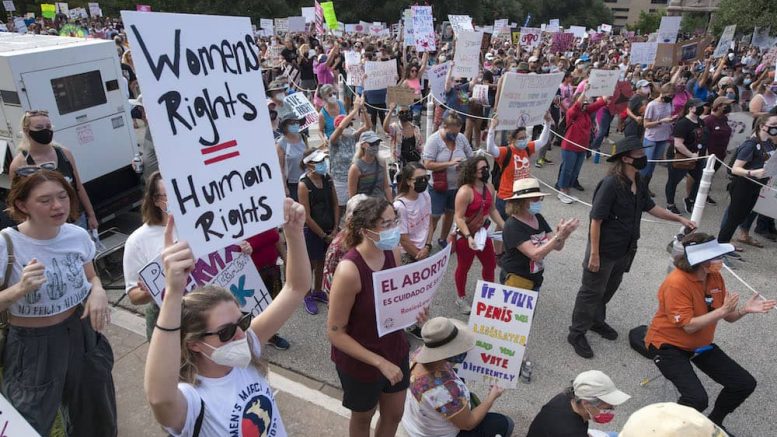 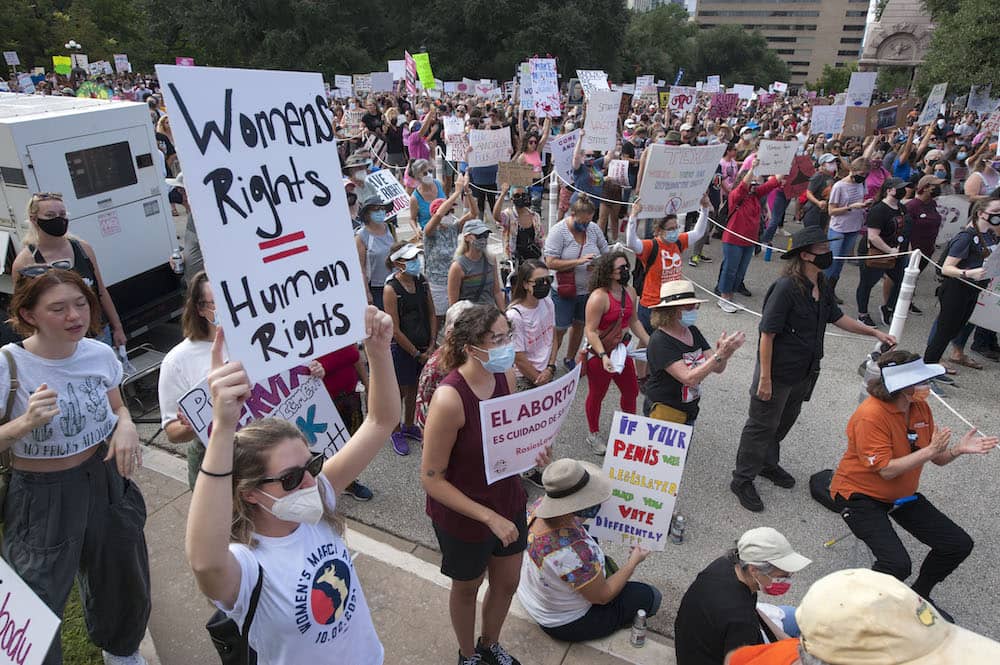 The number of abortions performed in Texas fell by half – the largest documented decrease of the procedure in recent Texas history – following the enactment of the state’s extreme abortion ban, Senate Bill 8, according to new research from the Texas Policy Evaluation Project (TxPEP).

The nearly 50% decline in patients receiving abortion care after the law went into effect far surpasses the 13% decline in abortions after 2013’s omnibus House Bill 2 – which eventually shuttered half the state’s clinics before being struck down by the U.S. Supreme Court – and the 38% drop following the state’s 2020 executive order banning abortion care during the COVID-19 pandemic, which lasted roughly one month.

The figures compare rates from 2020 to 2021 and are based on monthly data provided at 19 abortion clinics, which provide about 93% of all abortions reported to the state. The initial research, made available to The Austin Chronicle, marks the first substantial piece of evidence of the law’s dire impact since it took effect on Sept. 1.

For more than 50 days SB 8 has banned abortion once embryonic cardiac activity can be detected, usually around six weeks, with no exception for rape or incest. Since at least 80% of women don’t realize they are pregnant this early on or seek care before six weeks’ gestation, the law has amounted to a near-total ban in the second largest state in the U.S. The draconian law has devastated care in Texas, turning the state into a largely post-Roe v. Wade world, where abortion-seeking patients must find the resources to travel out of state for care or carry unplanned pregnancies to term against their will.

The study also found that appointment wait times in neighboring states including Arkansas, Louisiana, New Mexico, and Oklahoma were longer, indicating that the influx of displaced Texas patients is straining capacity at the small number of surrounding clinics. The neighboring states, note TxPEP, are home to approximately half the number of abortion facilities as Texas combined and provide around one-third the number of abortions annually compared to Texas. Wait times exceeding two weeks were “common” in many locations. For instance, abortion appointment delays in Oklahoma increased from up to 12 days to up to 23 days. And receiving care outside of Texas may become more difficult to access if restrictions in these states go into effect, caution TxPEP, such as Oklahoma’s new law that requires a mandatory in-person counseling visit before medication abortion.

If financial donations to reproductive health clinics and abortion funds wane over time, abortion care in Texas is likely to continue to decrease as many abortion-seeking patients are low-income and may be unable to pay out-of-pocket costs, researchers note. And given the drop in client volume at clinics, facilities may end up being forced to cut staff or reduce clinic hours leading to possible delays in appointments, pushing care out of reach within the six-week window.

“As services become further limited in Texas and nearby states, more people will be unable to obtain facility-based abortion care. Among those most affected will be minors who cannot involve a parent in their care, immigrant families who fear encounters with police and border enforcement, parents who have limited childcare options, and people living at or below poverty, many of whom are Black, Latinx, and other people of color,” write TxPEP researchers.

“Some may attempt to end their pregnancies on their own, by purchasing medications online, obtaining medications over the counter in Mexico, or resorting to ineffective or harmful measures,” they write. “Others will be forced to continue their pregnancies, which is associated with adverse health and economic consequences for women and their children.”

In legal briefs filed this month, Texas abortion providers painfully describe the many vulnerable and desperate patients they have been forced to turn away since the law took effect, including sexual abuse survivors; undocumented patients; a single mother; women suffering from chronic disease and mental illness; and patients as young as 13 and 12 years old.

The law compounds the already burdensome reproductive health care landscape in Texas. Over a decade, Republican lawmakers have passed a series of onerous restrictions that have created a maze of obstacles for abortion-seeking patients, that include a 24-hour pre-abortion sonogram; bans on private and public insurance; limits on judicial bypass; and a 20-week ban. Long before SB 8, Texas was home to highest number of abortion deserts in the U.S., leaving care out of reach for many. Since clinics are so geographically concentrated in Texas, 44% of women were already living in a county without an abortion facility, forcing them to drive a median of 50 miles one way to the nearest clinic well before SB 8 took effect.

On Monday, Nov. 1, the U.S. Supreme Court will hear oral arguments in two cases against the law. Rather than examine its constitutionality, justices will review the law’s unusual vigilante enforcement procedures – which allow private citizens to sue anyone who “aids or abets” abortion care and collect $10,000 bounties – as well as whether the U.S. government has the authority to block the law.