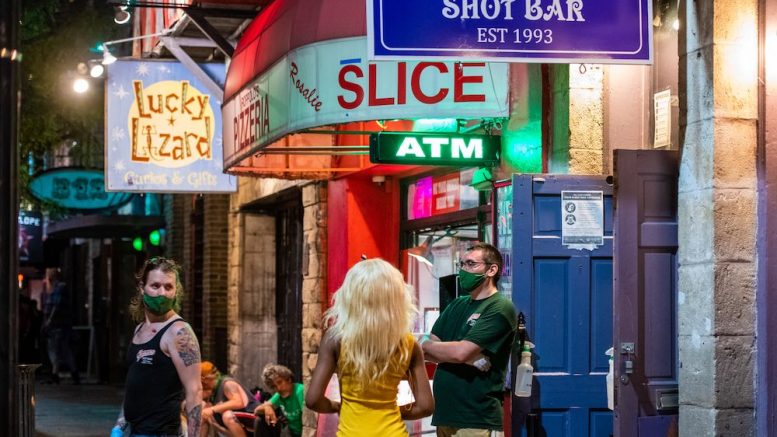 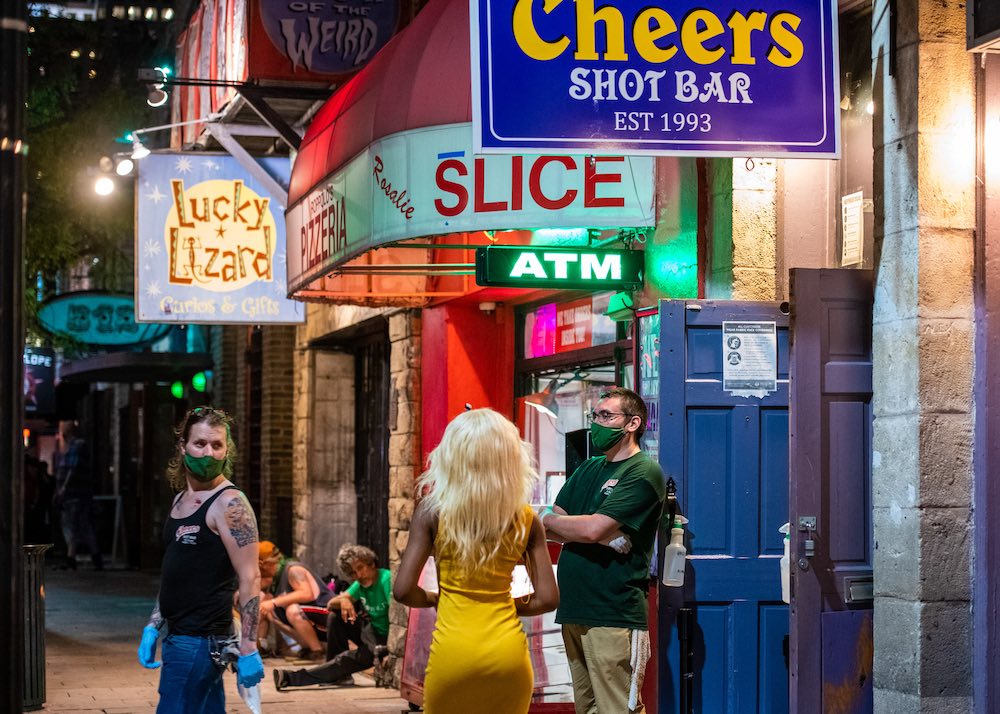 Sixth Street on the first night of bar reopenings on May 22 – a date many felt was premature to resume business amidst a pandemic. According to the CDC, Texas now trails only California in the number of total cases reported in the past 7 days. (photo by David Brendan Hall)

Following his Thursday morning announcement that he was pausing his phased reopening of businesses, Gov. Greg Abbott issued an executive order ceasing operation of bars in Texas and decreasing dine-in restaurant capacity to 50%.

“People shall not visit bars or similar establishments that hold a permit from the Texas Alcoholic Beverage Commission (TABC) and are not restaurants as defined above in paragraph number 6; provided, however, that the use by such bars or similar establishments of drive-thru, pickup, or delivery options for food and drinks is allowed to the extent authorized by TABC,” the order stated.

The new rules also shut down commercial tubing enterprises, a popular summer activity that has been suspected as a contributor in Central Texas’ recent surge of COVID-19 cases.

The order also bans outdoor gathering of over 100 people, unless specially permitted by county or city officials. (Yesterday, Travis County Judge Sam Biscoe signed an order yesterday prohibiting any outdoor gatherings that exceed 100 people as well as groups of 10 socializing unless they’re members of the same household; and requiring “to the extent possible” all individuals to “wear face coverings and minimize in-person contact with others not in the individual’s household.” That order is set to expire on July 10.)

Following an initial March 17 shutdown (ordered by local authorities), bars were permitted to open at 25% capacity on May 22 via the governor’s controversial “Open Texas” order, then capacity rules increased to 50% on June 3 and 75% on June 12. As Texas has emerged as a national hotspot of COVID-19 cases last week, the Texas Alcohol Beverage Commission began shutting down a handful of bars, including at least three in Austin, that flouted social distancing guidelines.

You can read the today’s full announcement from the Governor’s office here.