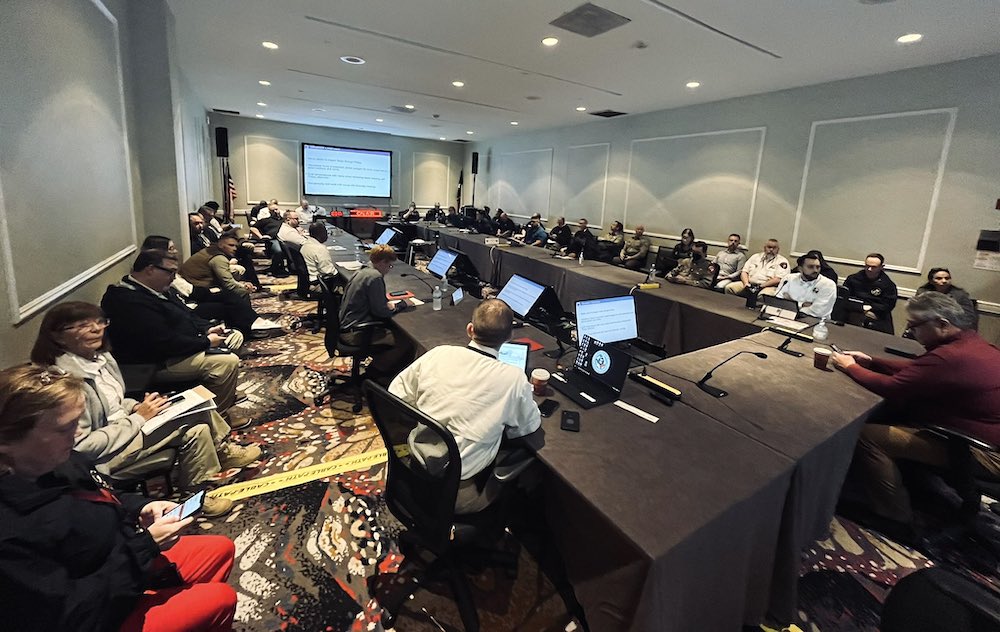 The State Emergency Operations Center works to prepare for and respond to the extreme weather. (via Twitter: @TDEM)

Locally, grocery stores were already packed on Wednesday morning. By the time Austin Independent School District announced it would cancel classes on Thursday and Friday – about 1pm on Wednesday – cars were double-parked at multiple grocery stores around the city.

The forecast still looks typical for Austin winter weather. Temperatures will drop to freezing on Thursday morning with cold weather clearing out by Saturday morning. Predictions are energy demand will peak about the time people are getting up at 8am on Friday morning.

Gov. Greg Abbott made an appearance on Tuesday morning and he expects to update the media again on Thursday morning, just as freezing temperatures start.

“We want to make sure that our fellow Texans know exactly what is coming, what to expect,” Abbott said on Tuesday. “We want them to know what Texas has been doing for basically an entire year now, to be prepared for the storm.”

During a media briefing with reporters on Wednesday afternoon, Interim ERCOT CEO Doug Jones and Public Utility Commission Chair Peter Lake said they anticipated no conservation measures or rolling blackouts. Power outages, Lake stressed, are likely to be the ones typical of winter storms: a tree limb snapping a power line or a blown transformer in a neighborhood.

Energy reserves will be online sooner rather than later, and those reserves will be focused first on protecting residential customers, Lake said. He also stressed that additional market and winterization measures have been taken to avoid Uri-like electric outages.

In other words, most problems will probably be local ones, to be fixed by local utilities. Those who want the latest from state agencies can go to Texas Department of Emergency Management website. Those driving can go to Drive Texas.

State leaders are encouraging people to keep driving to a minimum during the winter weather. The Texas Department of Transportation has poured a half-billion gallons of brine on the roads to minimize ice, but those efforts are focused almost exclusively on the state’s highway system.

Crews from Austin’s Public Works Department will begin monitoring street conditions 24 hours a day, Thursday through Saturday. Efforts to prepare for the storm have included loading up dolomite – a rocky sand mixture – into trucks with spreaders to treat icy bridges and roadways.

Public Works also expects to be available to respond to winter weather-related 3-1-1 requests, with an emphasis on safety. Austin residents are encouraged to report fallen tree limbs or debris that might be blocking emergency vehicle access to roadways.