Unhoused LGBTQ folks being disadvantaged when finding resources to help them stay safe isn’t a new story in Austin. Queertopia, a local LGBTQ-led homelessness outreach group, does as much as they can to help those lost in the current dysfunctional system, but as org president Danielle Reichman says, there’s so much more that can be done. 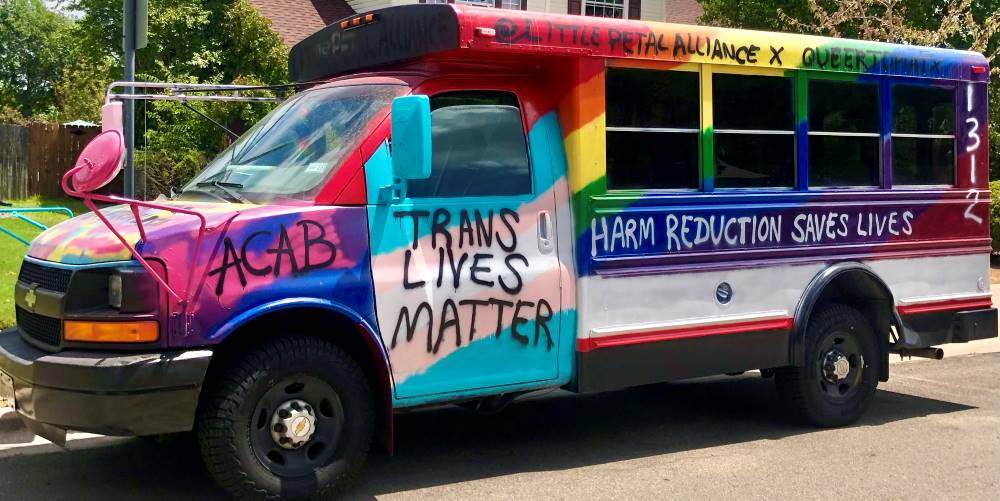 Reichman heads both Queertopia as well as its sister group Little Petal Alliance, a non-profit organization distributing trans mental wellness resources such as gender affirming clothing and accessories, assistance with employment, and legal name/gender change navigation. While both orgs started out intertwined, Reichman says they eventually split services between the two to make both more efficient. Those volunteering under the Queertopia name do outreach with local camps as well as raising funds to house mostly BIPOC queer and trans folks whose camps have been cleared. Following the 2021 passing of Proposition B, which recriminalized camping after Austin City Council had decriminalized it in June 2019, Queertopia assisted in a two-months long camping demonstration outside of City Hall. “It was very violently shut down by the police and city council,” Reichman recalls, “and from there, we started sheltering people at our homes and got over 100 people into housing since that point without any funds from the government, just like raising funds on Instagram.”

However, recent events have given Queertopia more hope for their future. Local queer non-profit Embrace ATX offered the group fiscal sponsorship, an unexpected but greatly appreciated move that Reichman says will help Queertopia pursue its greater projects. One is a transitional shelter in Austin run by a BIPOC queer and trans group. Having a shelter that’s specific to LGBTQ individuals will help prioritize those folks in a way the current system lacks. But the loftier goal for Queertopia, which Reichman says Embrace’s financial help has given them the confidence to announce, is a queer tiny home community. She describes this future as being an intentional anti-racist, anti-capitalist community that will be able to survive without demanding rent from its inhabitants as well as be able to grow and sell hemp. 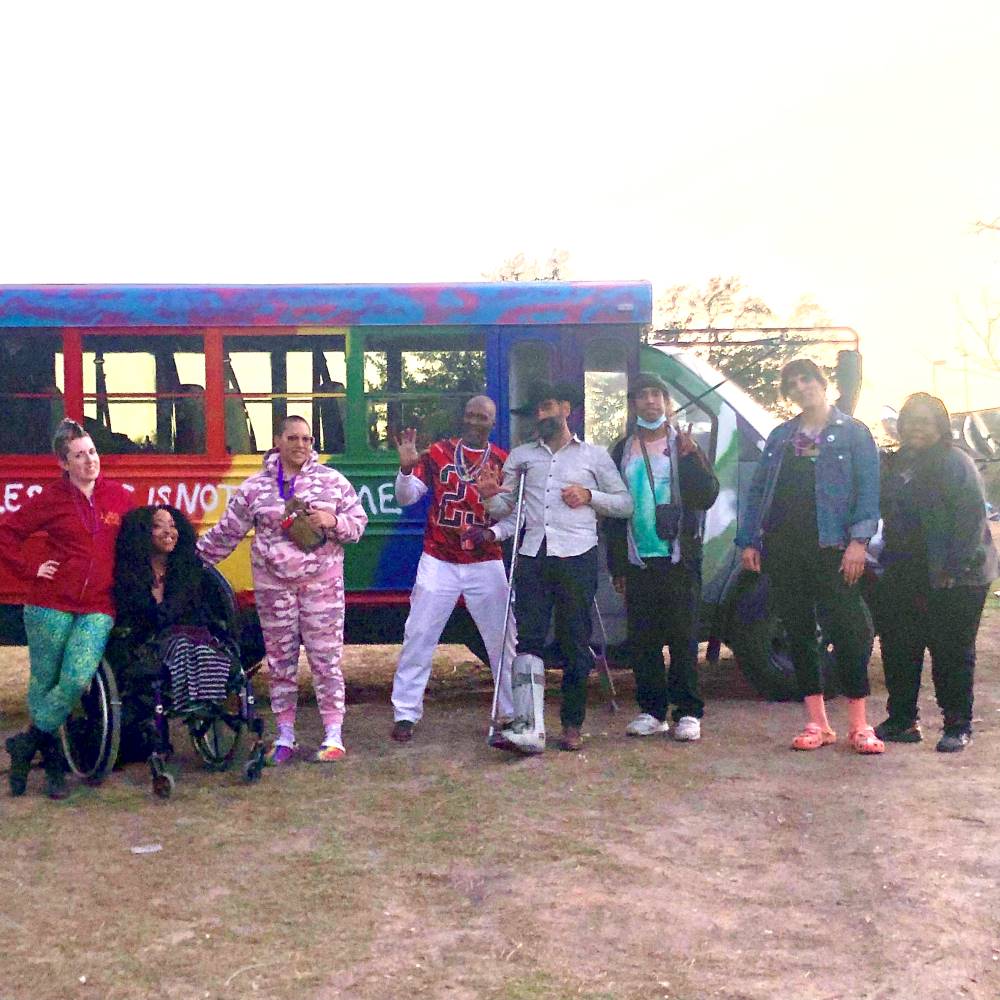 Currently, Reichman says Queertopia is dealing with pressure from their HOA after taking in people from shut-down camps into their home as well as having their signature rainbow bus parked on the street. With around $2,000 in fines as well as mounting emotional weight from having a full house, the work of queer homelessness outreach has been exhausting. The biggest frustration from Reichman’s perspective has been a lack of assistance from city government for BIPOC queer and trans unhoused people. “Austin is ranked one of the top cities in the country for queer people to live,” she says. “But if you’re queer and experiencing homelessness, then there are no resources for you, other than grassroots orgs.”

Those wanting to assist Queertopia in their work have two options, Reichman says: “If you don’t have money, use your time [or] if you don’t have time, use your money.” While Embrace’s assistance has improved the org’s outlook, much of the cost of housing those in need has come out of Queertopia volunteers’ pockets. Donations, whether one time or made as a monthly contribution via their Open Collective page, will go toward keeping the lights on as well as the future tiny home community. While outreach opportunities like tabling at this weekend’s Texas Roller Derby match do help, Reichman also says that they’d appreciate folks raising funds for them through local events. Volunteers are always needed as well, but Reichman adds that even if someone doesn’t want to work within an organization, there is still much a person can do for our unhoused neighbors.

“A support system or, rather, lack thereof a support system is the No. 1 reason people become homeless,” she says. “So just make a fucking friend who’s living on the streets and be their support system. It is the best thing that you could do for someone … there’s just no reason not to.”

Queertopia will be tabling at Texas Roller Derby’s Be Your Own Hero event Sat., Aug. 27, at 6pm at the Thunderdome in Buda. For those who want to donate to Queertopia, check out https://opencollective.com/queertopia, and keep up to date with the org by following their social media @queertopiaatx on Instagram and Facebook.