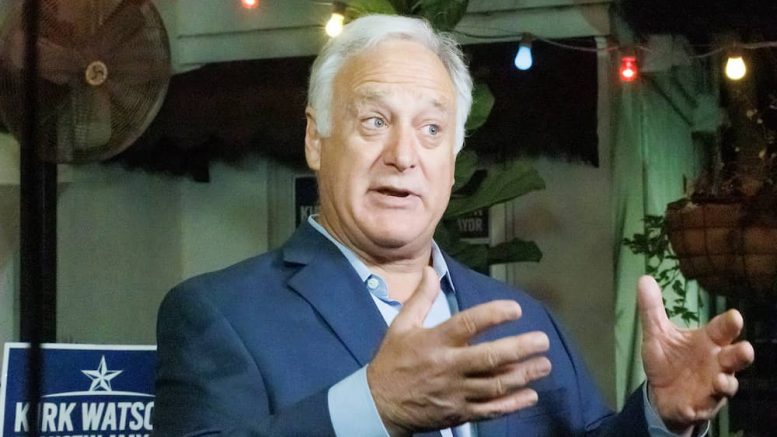 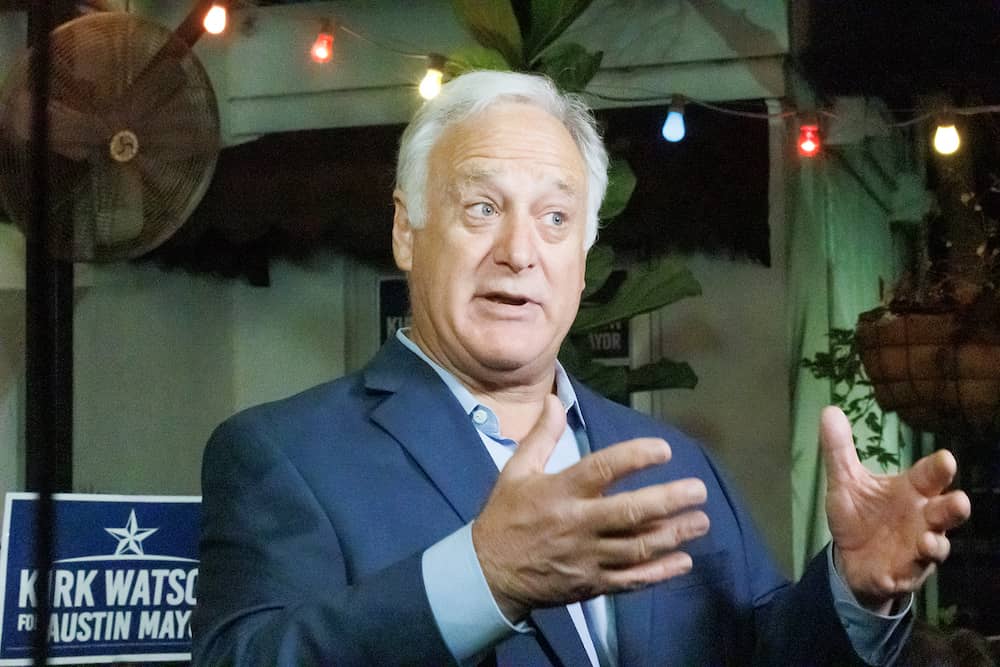 Kirk Watson has been elected as Mayor of Austin for the third time – and he’s got Williamson County voters to thank for it.

The former-and-soon-to-be mayor led his opponent, State Rep. Celia Israel, by about 2,500 votes when Travis County’s early vote results were posted Tuesday night, but Israel steadily cut into Watson’s lead. By the end of the night, Israel had won Travis County by seventeen votes, according to unofficial results posted by the Clerk’s Office.

But 34,870 Austin voters live in Williamson County and 10.28% of them cast a ballot in the Dec. 13 run-off (Travis County turnout was 17.59%). Here, in the more conservative and suburban part of the city, Watson cleaned up, winning 62% of the vote. It is a fitting end to this election, which saw the Watson campaign take a turn to the right in the closing weeks of a tight, contentious race against underdog candidate Israel. Watson also won in Hays County, which contains a small portion of Austin.

Watson served 1.5 terms as mayor from 1997-2001, when he stepped down to run unsuccessfully for Texas A.G. against Greg Abbott. In 2007, he was elected to the State Senate, representing Travis and Bastrop Counties, an office he held until 2020. He drew on this history of public service when speaking to supporters after claiming victory over Israel. “It means a lot to me to know that Austinites in every part of this city still want the kind of leadership that I’ve tried to deliver both as mayor and as State Senator,” Watson told the crowd assembled at the Santa Rita Cantina in Rosedale Tuesday night. 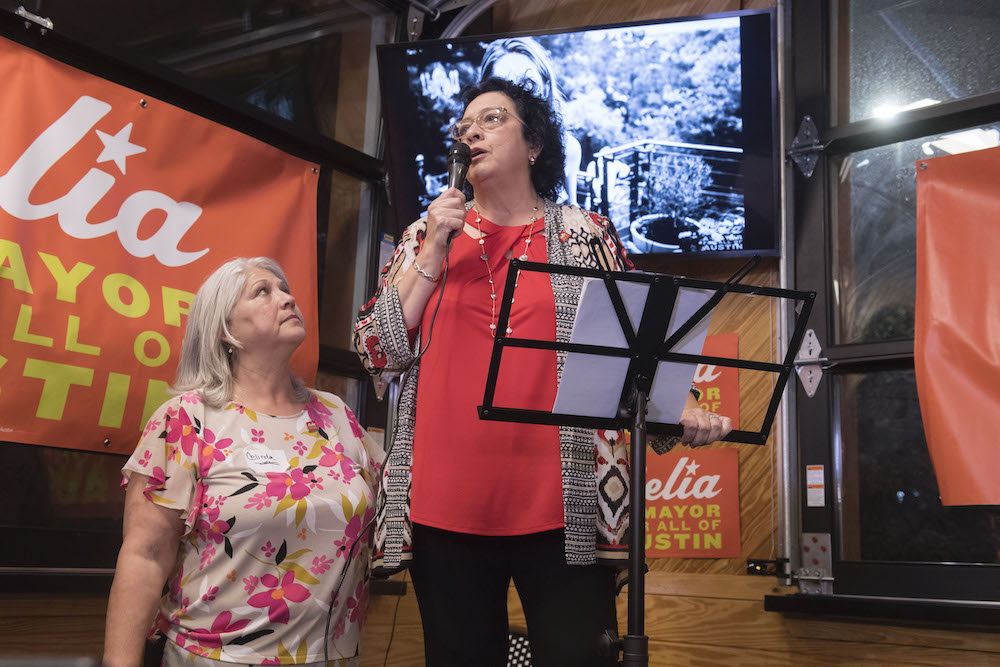 Israel, who finished the Nov. 8 election as the top vote-getter in the mayor’s race, could not replicate her success in December. When all of the fundraising is counted, it will likely show that Watson outraised Israel by a 3-to-1 margin (that’s what we’ve seen so far). Those are tough numbers for any candidate to beat, but especially in a low turnout run-off. Israel’s campaign cast her as the candidate focused on Austin’s working class in an attempt to woo parts of the electorate most struggling with the city’s affordability crisis. “The people who built this city and continue to build this city, to dress our wounds, to teach our kids, to drive our buses, and to answer our 911 calls … they deserve the respect and compassion that a progressive city should give them,” Israel told a supportive crowd at Northwest Austin’s Simar Seafood Cocina as she conceded the race to Watson.

Read more from the campaign trail, including about the Austin City Council run-off, at the Chronicle’s Elections hub.