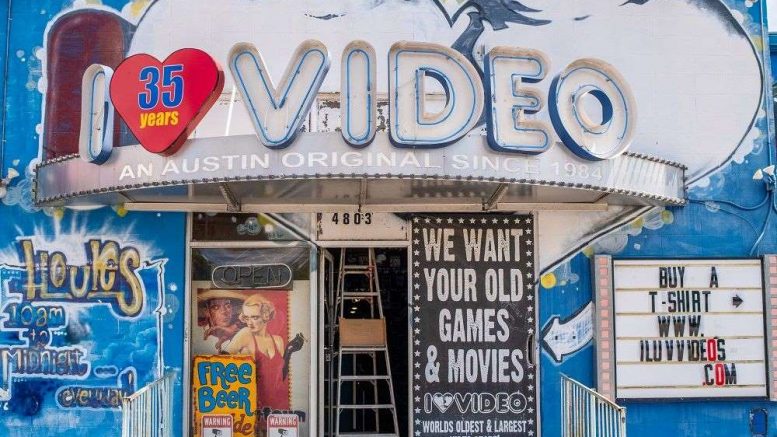 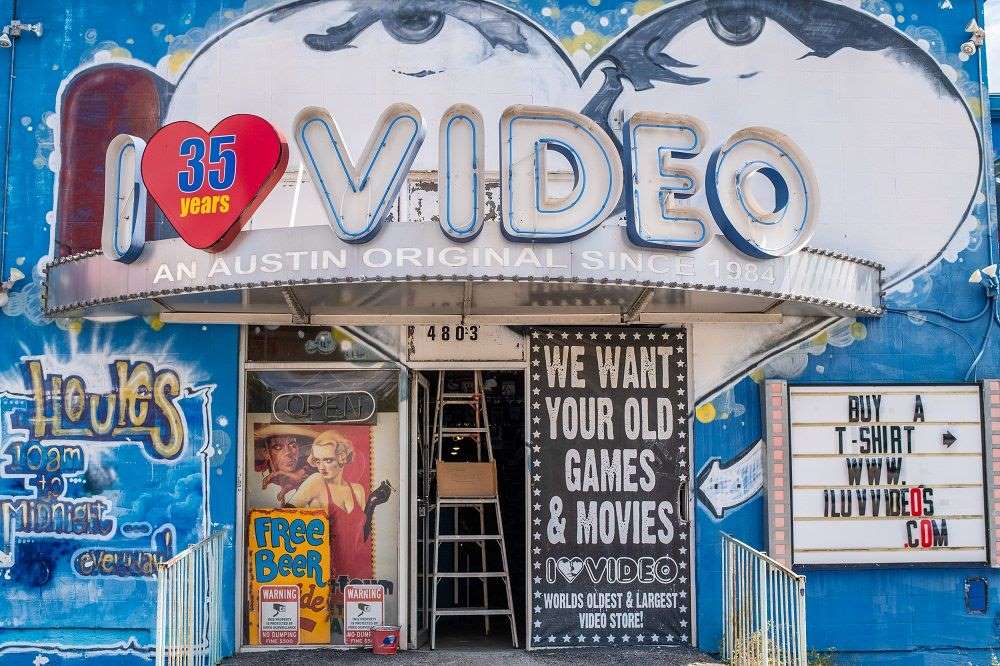 The last I Luv Video location has closed, but owner Conrad Bejarano wants the collection to stay together, in Austin, and accessible to the public (Photo by David Brendan Hall)

I Luv Video may be gone, but Conrad Bejarano, who founded the Austin video store in 1983, said that even though the doors are shuttered on its final location, he’s trying to find a buyer for the whole library. He has two prerequisites: He wants to keep it in one piece, and to remain available to the people of Austin.

Breaking the collection up, he said, “It’d be like having a super-cool car and chopping it up.”

Bejarano announced the closure of the store on Airport on Sept. 1 via Facebook, and confirmed that he is already in serious discussions with several organizations about taking charge of the unique collection. “I’m just spending hours on the phones with different groups, going back and forth, asking, ‘Well, what are your plans?’”

This isn’t just a few shelves of tapes. Bejarano brought the catalog software back in 1984, “So while it’s functioning, it’s kind of glitchy,” he said. While there’s not an exact count of how many discs, tapes, and titles there are, he estimates over 100,000. “As we’re boxing it, we’re getting a final inventory.” It’s not just the size that makes it special collection. Over the years, there has been a total of nine I Luv Video locations, often with more specialist twists to their curation: as each site closed, Bejarano would integrate their archives into the Airport shelves. Then there was the sheer history of spending 37 years buying tapes – often, in the early days, directly from directors like Russ Meyer. Many titles have been out of circulation for decades, and were hard to find even when Bejarano found them. “You’d have to search record stores around the country, or these adverts in these zines.”

Beyond his own business, Bejarano’s biggest concern is that it will be impossible to open replacements for any kind of cultural venue around Austin. This year has seen many arts-related businesses – including I Luv Video’s friendly rival Vulcan Video – take the final blow from coronavirus when they were already surviving in the margins.

Any business that rents is at the mercy of their landlord, which is why Bejarano was in discussions with the property owner to buy the site outright – until he realized that, between the mortgage, property taxes, and operational costs, it would not be economically viable. “It’s going to be a long, hard road for another decade or more. Or it may never happen again.” Opening the original I Luv Video only cost him $7,000; Spider House, his bar and venue on Guadalupe, set him back $25,000 in 1995. “You can’t do that now,” he said. “That won’t even cover the deposit.”

That’s why he’s concentrating on making sure Spider House stays afloat: Calling it “the Switzerland of event spaces,” he said its track record as a home for live music, theatre, burlesque, comedy, and film will make it a vital part of the city’s creative ecosystem moving forward. As for the future home of the I Luv Video archive, he said. “Whoever I make a deal with, I want to be able to get free rentals.”

In the meantime, he’s waiting for a final date at which he has to be out, packing the archive, and maintaining some sense of the store by picking out tapes for friends. “When that community 100% goes away,” he said, “it’s going to be intense and tragic.”