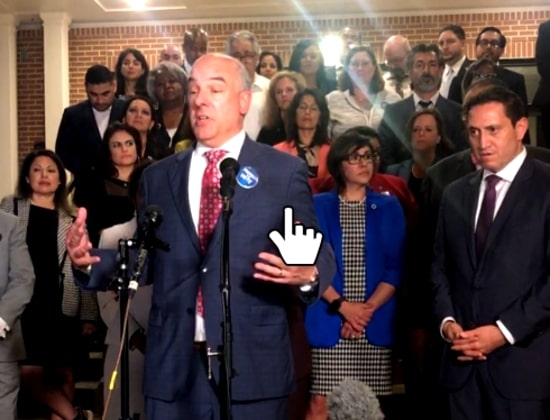 Texas House Democrats began to disappear from the floor on Sunday night as the midnight deadline neared for Senate Bill 7, a bill that would drastically alter the voting process for Texans.

With a little over an hour to go, the vast majority of the 67 House Democrats had left the floor and locked their voting devices, and it became clear the GOP majority did not have a quorum present – 100 (two thirds) of the House’s 150 members – to consider its high-priority “election integrity” bill. “We used all the tools in our toolbox to fight this bill,” said Rep. Nicole Collier, D-Ft. Worth and chair of the Texas Legislative Black Caucus. “And tonight, we pulled out that last one. And we used what the rule book allows, and it requires a quorum. And we were not there.”

While the House Republican Caucus, in a statement, condemned the Dems for having “quit on their constituents,” Lt. Gov. Dan Patrick wasted no time in lambasting House leaders for fumbling SB 7, which the Senate had approved on a party-line vote at 3am on Sunday morning. Patrick said that he couldn’t blame Democrats for breaking quorum, because House Republicans gave them that option by delaying action on the bill until the last hours of the session.

The victory for Democrats is likely to be short-lived, as Gov. Greg Abbott took to Twitter to confirm that the initiative would be taken up during an upcoming special session. “Election Integrity & Bail Reform [House Bill 20] were emergency items for this legislative session. They STILL must pass. They will be added to the special session agenda. Legislators will be expected to have worked out the details when they arrive at the Capitol for the special session.” It’s already known there will be a special session in the fall, to tackle redistricting, but Patrick and others have demanded he bring legislators back immediately.

On Monday, Abbott also tweeted his intention to veto Article X of the budget – which funds the Legislature – writing “No pay for those who abandoned their responsibilities.” It’s unlikely the governor will actually do this, as it would also shut down the Legislative Budget Board, the Legislative Council which still has to manage redistricting, and the offices of Republicans as well as Democrats.

Spurred on by the Big Lie, Abbott and other Republican lawmakers made “election integrity” a priority this legislative session, even though Texas’ elections in 2020 went remarkably smoothly, saw record turnout by voters in both parties, and produced Republican victories in all the key races. Despite Attorney General Ken Paxton’s best efforts to identify cases of voter fraud last year, the state only found 16 minor infractions.

The final bill emerged from a closed-door conference committee last week with elements of both SB 7 as originally filed and House Bill 6, sponsored by Sen. Bryan Hughes, R-Mineola and Rep. Briscoe Cain, R-Deer Park, respectively. It also included new restrictions on voters not seen in any of the prior iterations – a key focus of Democratic criticism on Sunday, including several unsuccessful points of order to take the bill down.

The bill expands the role of partisan poll watchers, requires that voting take place in a building (i.e. no drive-thru voting), and makes the application process for mail-in ballots more arduous. It also would have taken aim at 24-hour voting sites by restricting voting hours to 6am to 9pm and would have limited voting times on Sundays – targeting “souls to the polls” organizing in Black churches whose members are reliable Democratic voters. (After breaking quorum, the renegade House Dems convened to speak to reporters at East Austin’s venerable Mount Zion Baptist Church.)

Some of the more troubling elements of prior versions did not make it into the final; SB 7 no longer allows partisan poll watchers to film voters at the polls, nor does it limit the distribution of polling places that would have reduced voting locations in Texas’ largest cities.

The bill has also garnered significant national attention. President Joe Biden voiced his opposition to the legislation in a statement, referring to it as “wrong and un-American.” Texas’ Democratic members of Congress urged that body to pass legislation aimed at protecting voting rights, currently bottlenecked by a GOP filibuster threat in the U.S. Senate, to counteract legislation like SB 7.