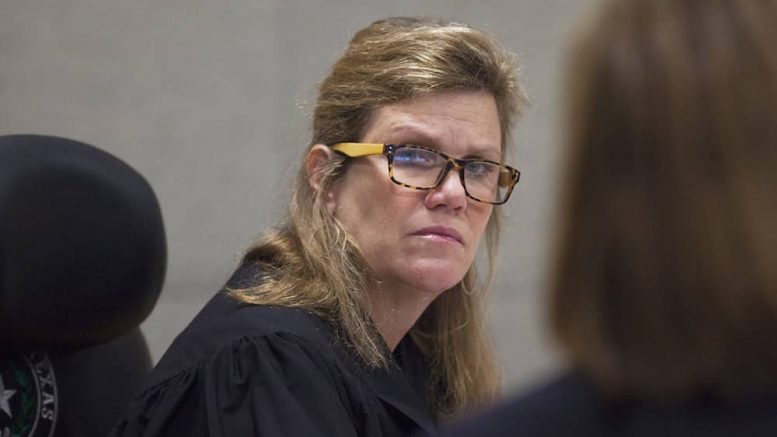 District Judge Julie Kocurek has asked to be recused from four upcoming trials of Austin police officers charged with felony assault. The charges were filed after the officers fired upon Black Lives Matter protesters in May 2020. 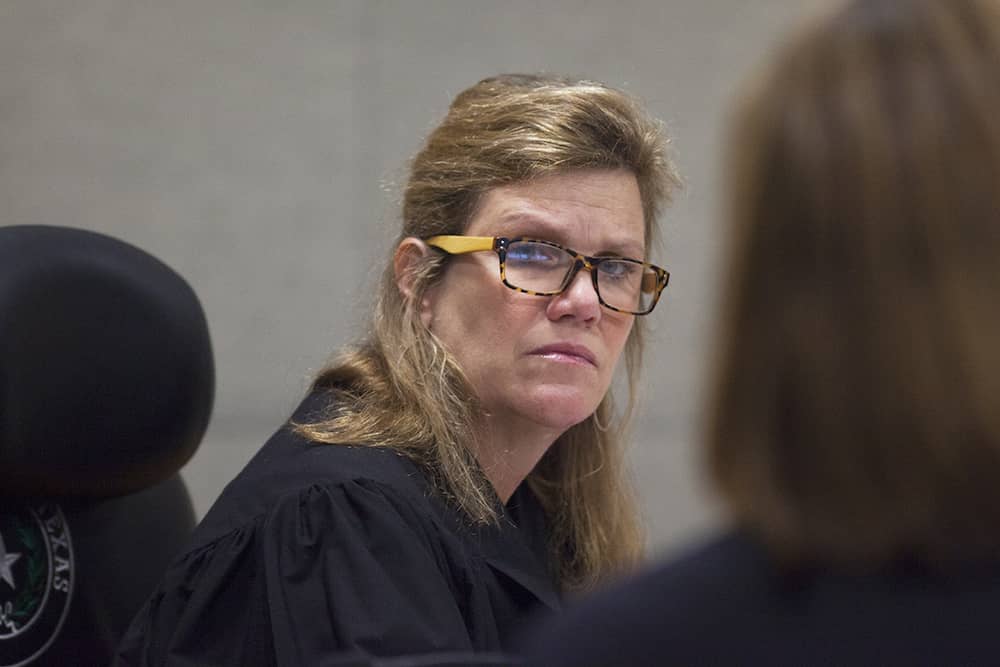 Kocurek, a criminal court judge in Travis County since 1999, made the request after a sworn affidavit was filed April 25 by Dexter Gilford, head of the Civil Rights Unit in the Travis County District Attorney’s Office, which is prosecuting the cases stemming from the shootings (with “less lethal” lead-pellet munitions) near the Austin Police Department headquarters on Eighth Street. In his affidavit, Gilford wrote that Kocurek told him in a Feb. 17 phone call she “felt betrayed” by “so many indictments against police officers,” because she “enjoyed a good relationship with Travis County law enforcement” and believed the cases were the consequences of a politically motivated campaign on the part of [District Attorney] José Garza.”

Gilford wrote he had reached out to Kocurek and her staff to inform her of the 20 indictments against 19 APD officers stemming from 11 incidents, and give her adequate time to prepare before responding to the officers’ attorneys as they sought to bond out their clients. When they finally connected by phone, Gilford assured her apologetically that nothing unusual or improper had happened before the “fairly diverse grand jury,” as he described it in the affidavit – which she had herself empaneled in October 2021.

Kocurek, who was first appointed to the newly created 390th District Court by then-Gov. George W. Bush, has stood for re-election six times, running as a Republican in 2000 and 2004 and then as a Democrat since. She’s almost never faced any opposition in either the primary or general election; her “good relationship” with law enforcement has not included the need for either the Austin Police Association or Combined Law Enforcement Associations of Texas to donate to her campaigns. She’s best known locally for surviving an assassination attempt in 2015, in the driveway of her Rollingwood home, for which Chimene Onyeri, at the time a defendant awaiting sentencing in her court, is now serving a life sentence.

Both APA and CLEAT, along with the defense attorneys representing the indicted officers, have told anyone who will listen that Garza is waging a political vendetta against the police, part of a nationwide effort to undermine progressive D.A.s in Philadelphia, San Francisco, and elsewhere. In his affidavit, Gilford wrote that he believes the grand juries returned indictments based solely on the “evidence and testimony” presented to them and that these presentations were “as professional and unbiased as possible.”

Kocurek declined to answer questions from the Chronicle about Gilford’s affidavit or her motions to recuse. “I believe that further comments about Mr. Gilford’s affidavit would be a comment on the pending cases,” the judge wrote. In an email she sent to the D.A.’s office announcing her motions to recuse, she wrote that “the purpose of my call was to discuss the bail to be set in these cases.”

She was at a judicial conference with limited access to email, she had not received Gilford’s message when she began to receive calls about the cases. She noted that the D.A. agreed to set bond at $1 for the officers, an unusual move, so she made the call to clarify the matter before setting bail. But in light of Gilford’s affidavit, Kocurek made the decision to seek recusal. “I believe my impartiality will be in question by some in the community,” the judge wrote. “The perception of others is important, especially in cases like these.”