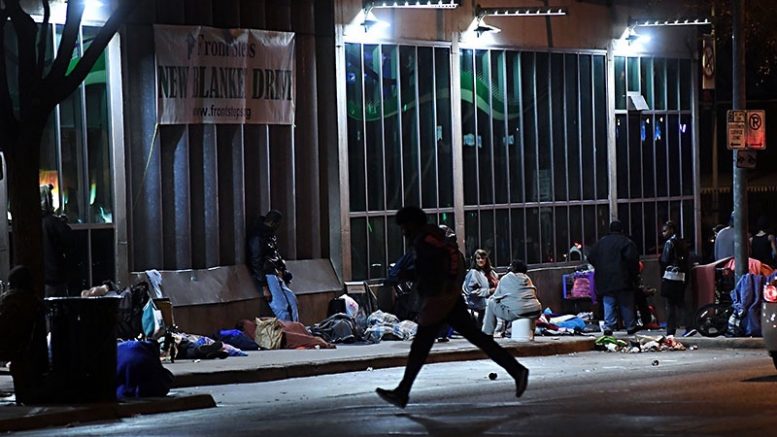 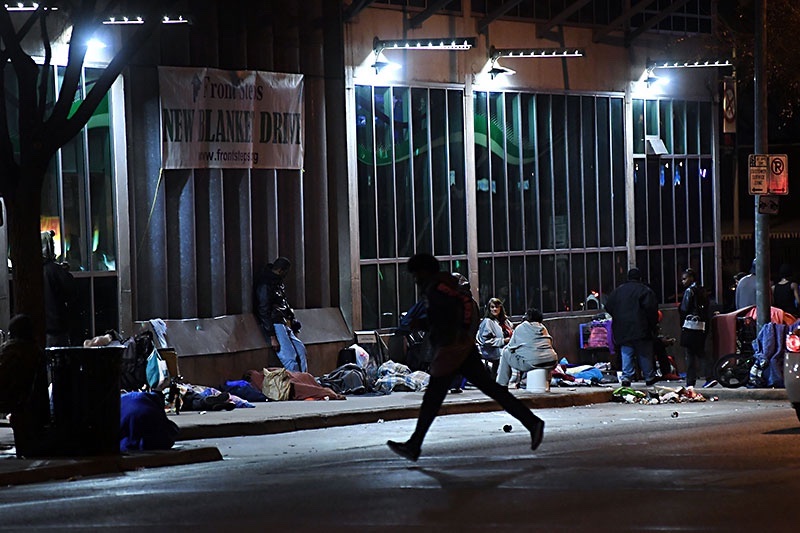 The City of Austin is cutting ties with Front Steps, the nonprofit that has run the Austin Resource Center for the Homeless since 2004 and has provided other homelessness services since 1997.

Multiple sources have confirmed to the Chronicle that the city is begun to identify other groups to take over contracts currently held by Front Steps, which also operates one of the city’s two new bridge shelters, due to chronic underperformance by the organization.

“Over the past several months, City staff have been in conversation with the board of directors of … Front Steps regarding organizational challenges faced by the nonprofit, and enlisted a third-party consultant to help guide the development of an action plan,” a city spokesperson said in a statement. “After much discussion, the Board has identified a need for an intensive strategy and reimagining of the organization to better prepare its staff and leaders to provide homelessness services in the wake of the pandemic.” All Front Steps contracts will be discontinued no later than September 30, 2022, according to the statement.

“The City has been looking for other providers who can take on the Front Steps work,” Council Member Ann Kitchen told us July 14. “The city has recognized that there are serious concerns related to Front Steps being able to perform up to our standards, and the city has been proactive in recognizing the issue and is taking steps to deal with it.”

The news has landed like a bombshell among the network of homelessness service providers in Austin, even though the city’s decision is unsurprising and has been in the works for weeks. The Chronicle has learned that Front Steps has fallen under considerable scrutiny for mismanagement of the ARCH and poor utilization of other city funds.

The scorecards the city uses to track how effectively its 12 service partners are administering homelessness funds show just how far Front Steps lags behind its peers. One of the scorecards obtained by the Chronicle tracks how much “direct client assistance” each provider has administered on a monthly basis out of a pool of funds known as Best Single-Source Plus. As of this month – 10 months into the current fiscal year – Caritas of Austin has hit 97% of its goal for the year, Family Eldercare has hit 94%, and Meals of Wheels Central Texas has already surpassed its goal by 25%. Front Steps has hit 10% of its goal, having spent less than $4,000 of the funds it manages on behalf of its unhoused clients.

Another scorecard, tracking a different pool of federal dollars (Emergency Solutions Grants, which were greatly increased as part of COVID-19 relief efforts), shows that Front Steps had only served 13 clients as of July, just 29% of its goal. By comparison, the scorecard shows that LifeWorks, which helps unhoused young people, and SAFE Alliance, which helps survivors of domestic violence, child abuse, and sexual assault, have hit 217% and 148% of their goals for the year, respectively.

Front Steps has been one of the most important players in Austin homelessness response for decades. According to data available on the city’s open finance web portal, the city has paid Front Steps $43,213,053 since 2008. That includes more than $6 million this fiscal year at the ARCH and the Southbridge Shelter (a former motel brought online to take in residents who’d been displaced from cleared encampments on city property, among others), according to data obtained by the Chronicle through a public information request. Representatives from Front Steps did not respond to repeated requests for comment.

Over the years, the ARCH has earned a poor reputation among people living on the street as being an unsafe, unclean, and uncomfortable place to stay. Many have preferred to camp out in wooded areas or under overpasses than to stay even one night at the ARCH. Providers at other homelessness service agencies generally attribute the problems at Front Steps to poor leadership, rather than to frontline workers who staff the ARCH and work as case managers trying to connect unhoused people to services.

Greg McCormack, who currently works for the city’s Homeless Strategy Office within Austin Public Health, served as Front Steps’ executive director from 2018-2020 and as a staffer there for several years before that. While not everyone was a fan of McCormack’s tenure as ED, there’s broad agreement that Front Steps has been in free fall since he departed. Terra Harris, who took over from McCormack, appears to have only lasted about a year; currently, she is not listed on the Front Steps website, which does not mention an executive director.

Despite its struggles, the ARCH did provide overnight shelter beds, of which Austin has too few, along with bathrooms and showers and access to food and health care. Although homelessness service providers no longer favor the kind of dorm-style shelter that the ARCH was when it opened decades ago, it still provided 100 people (out of the 3,000 or so living without shelter in Austin on a given night) with a relatively safe and comfortable place to be and to get help.

Who will want to take on the hard work of running a downtown shelter? Should the building that houses the ARCH even remain an overnight shelter, or should it become something else to help people living on the street? City staff are planning an emergency meeting with various providers next week to begin to figure all this out.

Whatever is decided, the city will have to lean on other providers who have demonstrated success to pick up the slack left by Front Steps. Chris Baker of The Other Ones Foundation, which has transformed Gov. Greg Abbott’s dismal attempt at a state-sanctioned encampment into the thriving community known as Camp Esperanza, told us that the kind of service Front Steps provided at the ARCH was vital and should continue. “My humanitarian brain say those projects need to continue and the org that takes them over needs to have a good mission, good values and I think TOOF does have all that in spades,” Baker told us. “But the organization that takes it over is going to need the financial and administrative bandwidth to do that. We are not there yet, but if we could, we would be interested” in utilizing the ARCH building in some capacity.

The full statement from a City of Austin spokesperson follows:

The City of Austin supports a wide array of critical social services for people experiencing homelessness, which are delivered primarily via contractual agreements with community nonprofit organizations. The City monitors both programmatic outcomes and the organizational stability of its vendors. Technical support and resources are provided to help organizations fulfill effective services of the highest quality for members of our community. This need has greatly increased due to environmental and operational challenges due to the pandemic.

Over the past several months, City staff have been in conversation with the board of directors of one of those vendors, Front Steps, regarding organizational challenges faced by the nonprofit, and enlisted a third-party consultant to help guide the development of an action plan.

After much discussion, the Board has identified a need for an intensive strategy and reimagining of the organization to better prepare its staff and leaders to provide Homeless services in the wake of the pandemic. While Front Steps redefines its operations, the City has determined that all Front Steps contracts will be discontinued no later than September 30, 2022. This will ensure the continuity of City funded services.

Over the years, Front Steps, Inc. staff and board members have shown dedication to serving individuals who are experiencing homelessness. However, to minimize potential disruption of services for clients, the City is identifying alternate nonprofit vendors to assume city-funded programs currently delivered by Front Steps.

The City of Austin will continue to support quality services for those experiencing homelessness and looks forward to working diligently and collaboratively to secure critical elements of our homeless services.