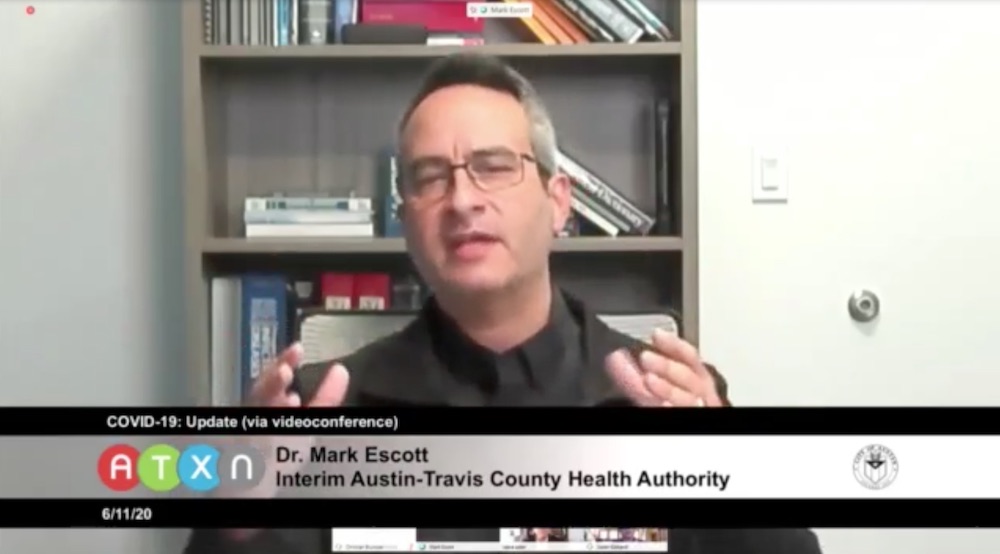 City and county officials gathered for a morning virtual press conference to deliver sobering, if expected news: COVID-19 infection rates and hospitalizations in Travis County are surging, and the window is closing to reverse that course.

“This is a real surge that’s happening,” said Austin Public Health Interim Director Mark Escott, while emphasizing that it’s “not a surge that’s out of control yet.”

Escott pointed to Memorial Day celebrations and the state’s opening back up of businesses – and presumably less careful behavior – as behind the recent uptick. The past three days has seen the number of new COVID-19 cases reported per day in Austin-Travis County jump significantly, which Escott said likely reflects the results of tests performed at the beginning of this month. He expects to have more information about potential clusters of infections by the weekend; while Escott noted “the whole community is at risk,” he stressed the continued disproportionate impact on the Latinx community.

Though greater test availability explains some of the rise in positive cases, Escott stressed that the number of tests coming back positive has also risen steeply, to 9.3%. Escott reassured that area hospitals still have enough bed capacity; however, “once we enter this trajectory, it’s very hard to get out.” 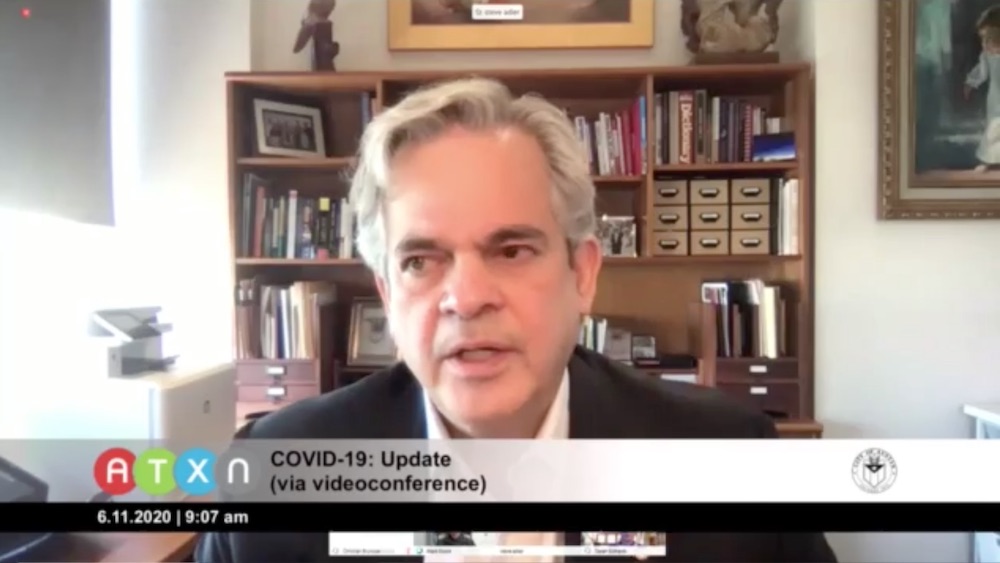 Mayor Steve Adler, who described the moment as “a yellow, blinking light” warning of danger, said that the city has plans in place if a surge in cases results in a shortage of hospital beds, including setting up facilities in places like the convention center, but said that the level of care available would not be as good as in hospitals. He called on Austinites to return to more rigorous safety practices, with more mask wearing and attention to social distancing. “It’s going to take the entire community being really disciplined, really vigilant.”

Though a new stay-at-home order will be issued June 15 to replace the existing, soon-to-expire one, Adler declined to say if it would include more stringent measures. Gov. Abbott has repeatedly overridden local authorities’ efforts at accountability: “Unfortunately the governor has taken most of our enforcement tools off of the table,” said Sarah Eckhardt, former Travis County Judge and now special assistant to her replacement (and predecessor) Sam Biscoe. 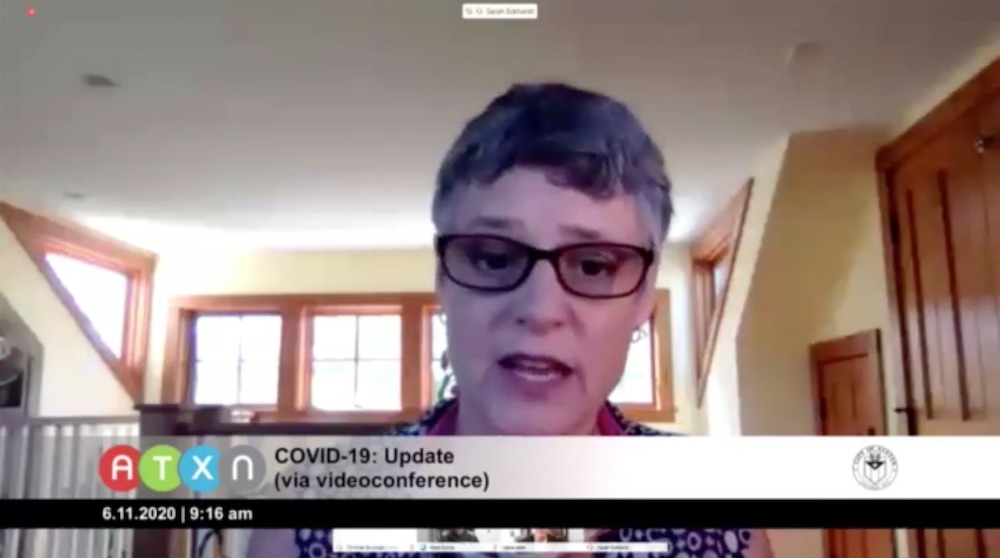 Eckhardt is currently running for Texas Senate, and the political polarization of the times and the pandemic was tackled head-on by both her and Escott. “Social distancing does not mean civic disengagement,” Eckhardt said. “Masking does not mean silence. I’m very grateful to this community for looking at what’s essential” – referring both to public health and the free expression of dissent – “and finding ways to adapt.”

Escott reminded the community that it had completely flattened the infection curve, without much enforcement, before the economy began to reopen and could do so again. “It’s an amazing example of what this community can do together to save lives. You’re hearing this from a Republican doctor working for a Democratic city council and commissioners’ court. This is not about politics; this is science. We don’t have to choose” between public health and the economy – “we can do both together and be successful.”

What the new order says likely depends on if the city/county crosses a certain benchmark on its “Key Indicators for Staging Dashboard,” which uses the average of new hospitalizations a day over a rolling 7-day average to determine which stage of danger the community is in. Officials have “very carefully calibrated what we believe is the right moment for us as a community” to move Austin from Stage 3 to Stage 4, explained Eckhardt. “That number is 20.” The current 7-day average is 13, a number that continues to trend upwards; APH reports 24 new hospital admissions today.