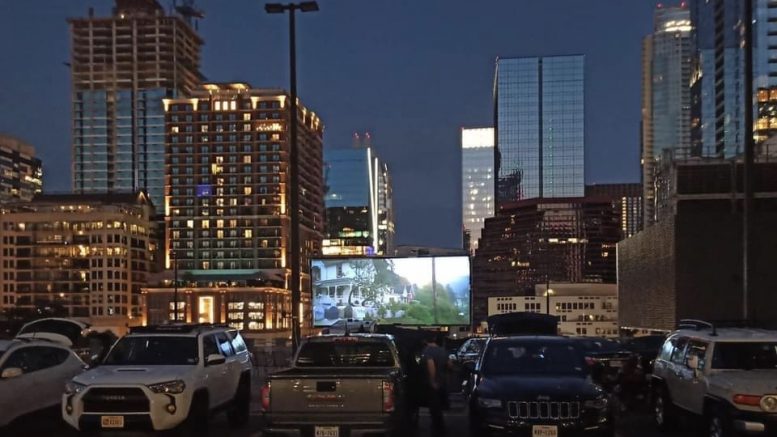 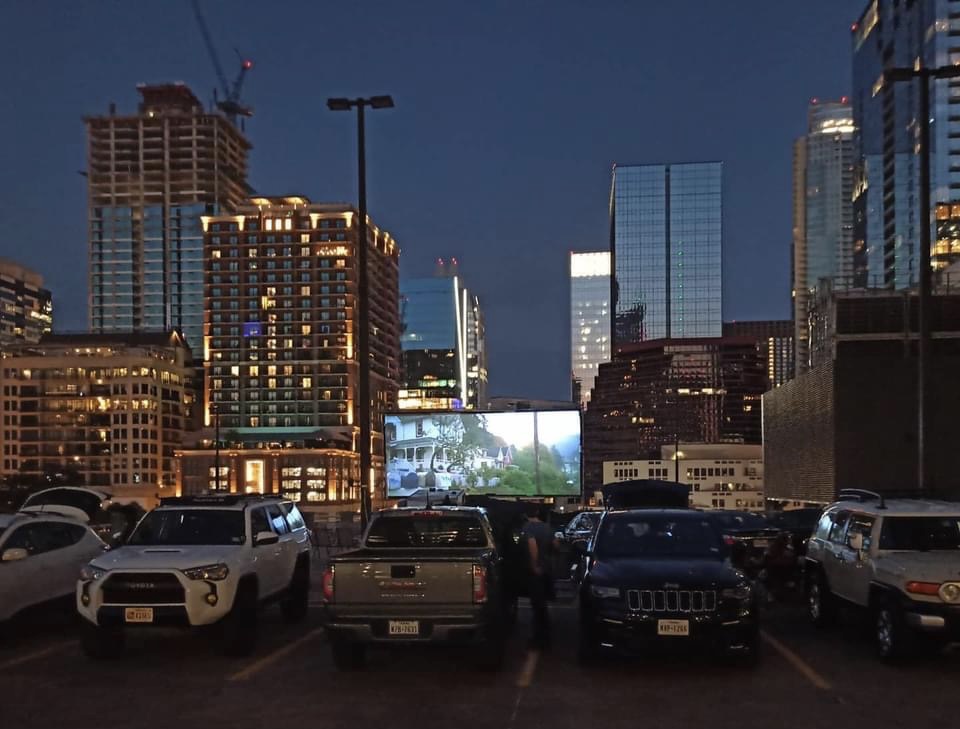 In a shocking blow to the Blue Starlite Mini Urban Drive-in, thieves have stolen the projection equipment from its Downtown location. “It was an honest to goodness drive-in heist,” owner-operator Josh Frank explained. “They cleaned us out.”

Some time between Sunday night’s screenings and staff arriving to prepare for the Wednesday showings, robbers went to their Downtown location location on the top floor of the State of Texas parking garage at Third and San Antonio. They then used bolt cutters to break into the four trailers – three projection booths, one for the generators – and took thousands of dollars-worth of equipment.

Frank said he was informed about the theft as he was driving to the Mueller location, and that’s when he got the phone call from his downtown manager. Frank sad, “In my head, it’s like previous times in the past when it was a smash and grab, and I asked, ‘What did they get?’ and he said, ‘It looks like they got lots.'”

In total, the thieves took two 8kw generators and three Epson 4K projectors, as well as cabling and even a cooler. “It just feels like they really knew what they were coming for,” Frank said.

The local minichain opened the Downtown location in 2020 as a temporary response to the pandemic closure of cinemas. Temporary became permanent in July, 2021, and that’s when they added a the DCP projector that allows Blue Starlite to show new releases. The thieves did not manage to steal that essential (and extremely heavy) piece of equipment; However, they did steal the DCP audiomixer, which is completely useless except with the DCP projector but essential for DCP screenings.

Frank estimates that the thieves must have taken an uninterrupted hour to commit the crime: however, unfortunately, there are no cameras on the garage roof, so Frank is working with the garage management to see if there is any footage from other cameras that may provide clues. “It’s heartbreaking,” he said. “It took me 13 years to compile all that stuff. Those are the assets for my business.”

For now, Frank and his team are working on a plan to get through the next few weeks, and in the interim will be showing classic films on their smallest microscreen, the Private Downtown Drive-in Screen, which will remain bookable via their website.

The plan is still to come back, not least because Frank said he believes that the Downtown location, with its incredible views of the downtown skyline, holds a particular place in the hearts of its fans. “When people buy tickets downtown, it’s because they like downtown,” Frank said. “As a friend of mine in the industry told me, that’s your Instagram location.”

Frank encouraged supporters of the Blue Starlite to keep buying tickets or even become a memberThey can also make a donation via Tickettailor or Venmo.