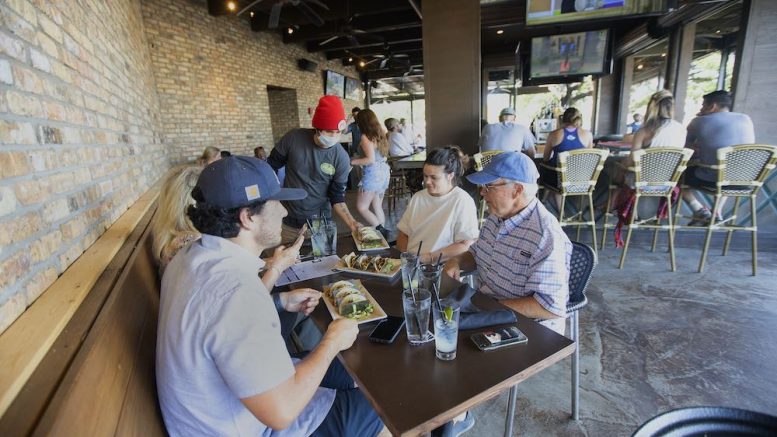 
Bars, except those adapted to be restaurants, remain closed 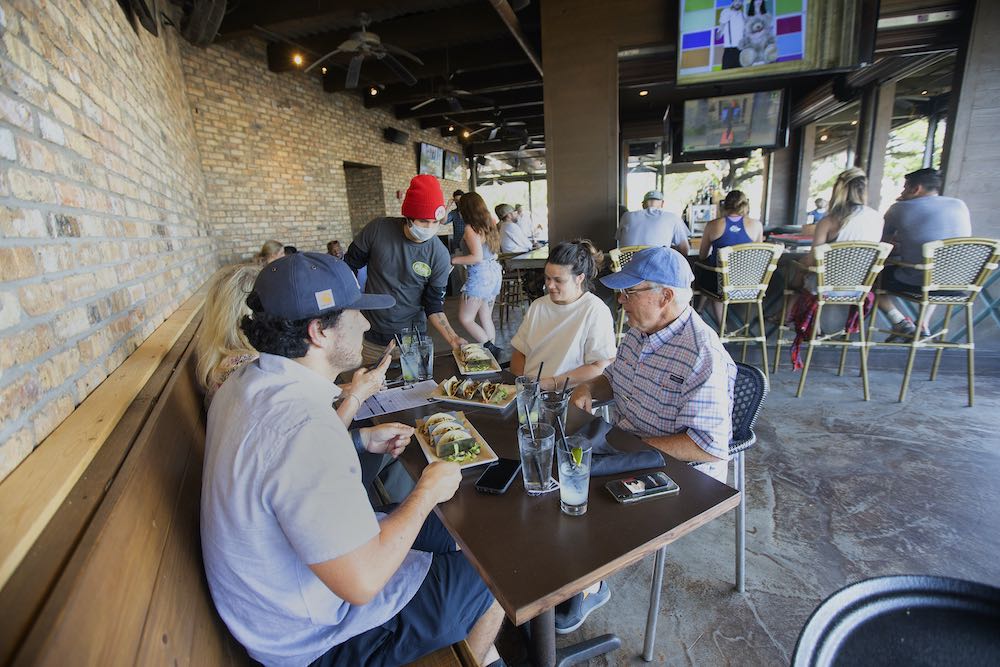 That phase of the reopening plan applies to hospital regions where COVID-19 cases represent under 15% of total hospitalizations over a week period. An onscreen graphic shown during the press conference listed Austin as being at 3.7%, while the city’s highest percentage had been 24%.

Bars remain closed under the plan, with the governor identifying them as “nationally recognized as COVID-spreading locations.” However, he acknowledged that bars that have adapted to receive the TABC’s Food & Beverage designation can also operate at 75%.

“Remember this however and that is that restaurants have certain protocols that require patrons to be seated,” he said on that topic. “Remember that if restaurants are not following those protocols, those restaurants can lose their license. So when patrons come into a restaurant, they’re required to be wearing a mask, until they are seated, they’re required to stay seated unless they need to go to a restroom or unless they are leaving and if they’re walking around anywhere in the restaurant they’re supposed to have a mask on.”

If you want to submit a recipe, send it to food@austinchronicle.com